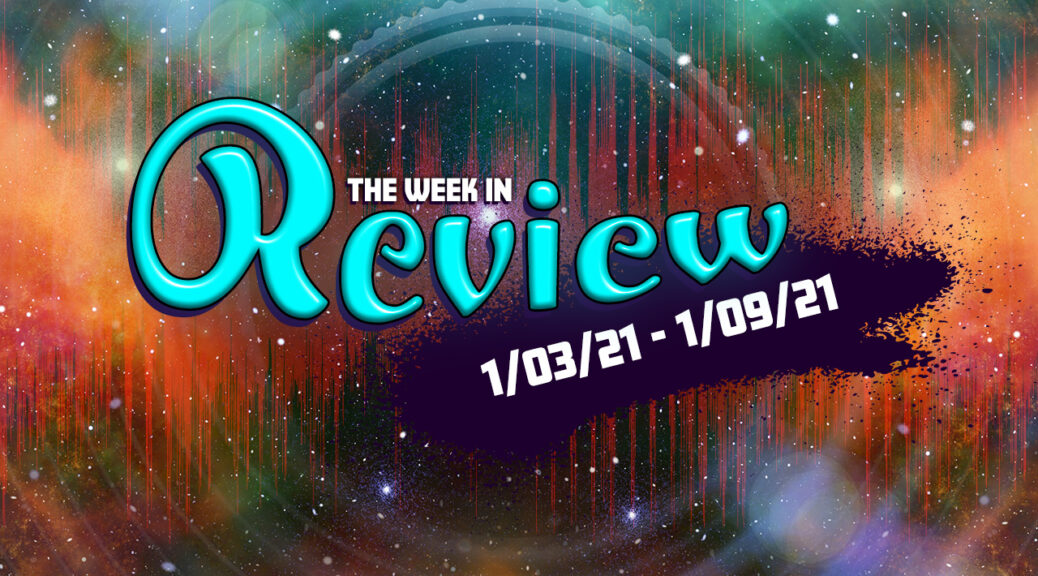 It’s a new year and things have already gotten off to an unsavory start. There was a coup on the United States Capitol that happened on the 6th and as of me writing this post out we’re still not sure what to expect from the next few days. It’s also been a rather light podcasting and article week here at ATH Network. Damage Boost and Demon Dayz put out new episodes but Binge Buddies (formerly Welcome to You Are Doom) is still on hiatus, as is Behind the Hype.

Before we jump right into this week at a glance, I’d like to draw your attention to a few different ways you can engage with us and discuss the episodes below or anything else in pop culture that may interest you.

And now…let’s see what you may have missed this week.

WELCOME TO YOU ARE DOOM

COMBAT! After successfully dealing with Umber Hulks, Basilisks, and a scouting Duergar party, our heroes face off against the Horned Devil Ezekela and her Chained Devil minions. Naturally, their strategy is quite disarming.

One of the goals of Behind the Hype was to achieve a more holistic look of a filmmaker’s career by studying 4-5 of their more prominent or popular films in a given month. In December we decided to try something a little different and we talked about four movies that were connected only by the fact that the end result was NOT what was planned. Here’s each of the episodes:

The Other Voices: Booksmart

Every time someone I follow on Twitter watches director Olivia Wilde’s 2019 film BOOKSMART, they immediately rave about it and order everyone who reads their tweet to see it. So I finally saw it. And I agree one hundred percent: SEE IT. It’s even on Hulu right now, so just go watch it. I’m not gonna spoil it, so this article is safe for you to read, but as soon as it’s done, you need to see this film. Or go watch it now and come back after. READ MORE.

Please take care of yourselves this week!