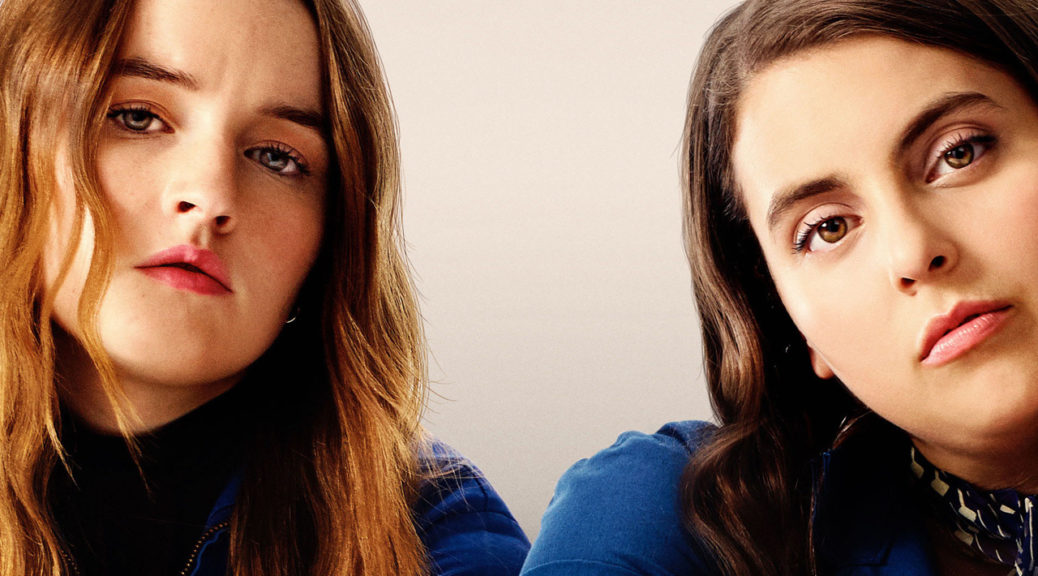 Of course, style begins with the screenplay, credited to four women (Emily Halpern, Sarah Haskins, Susana Fogel, and Katie Silberman). The story is about two high school seniors (Molly and Amy) who are about to graduate after having devoted their entire youth to doing well in school and quietly hiding in their rooms while the rest of their school socialized and partied and somehow still got into Ivy League schools. Molly convinces Amy that tonight is the night they finally go wild and hit the big party where the cool kids they’re both crushing on will most definitely be. Along the way, they have a wild journey of discovery and antics.

And at its core, it’s about one of my favorite subjects to watch play out: female friendship. No matter what wild shit these two girls get into, everything always goes back to their relationship. My favorite bits are when they both look at each other’s outfits and immediately start paying each other compliments, because that’s how girls are with each other in the real world. Movies always show women being mean to each other, but that’s not my experience. This film was way more like what I’ve encountered in my actual life. It’s a story about women told by women. It all feels so authentic because it IS authentic.

High school kids are all insecure and awkward. ALL OF THEM. The most popular kid you knew in school? Insecure and awkward. That plays out so beautifully in BOOKSMART. Every time we see a “cool kid” they start out in a close-up in slow motion, where we can spend time on their lips or the way their hair blows in the wind, so graceful and full of magic. Then we cut immediately to a wider frame in normal speed, and they’re doing something dumb and awkward like smashing cans on their head or falling out of a car window. And I really enjoyed that juxtaposition that reflected that eternal truth that none of us realized at the time but we have all discovered since: ALL TEENAGERS ARE INSECURE AND AWKWARD.

It reminded my immediately of my relationship with Steve. I was so in love with Steve. I’m pretty sure he knew I existed, but I was nowhere near cool enough to think he would ever date me. He had floppy hair and he was on the soccer team, and I was in the marching band. Steve would never see a dopey nerd like me. Then I went to prom and saw Steve – he wore a tuxedo coat with tails, and paired it with denim shorts that were frayed and had fringe hanging off them. Also sneakers. My crush died immediately. Steve was insecure and awkward and also made an absurd fashion choice that was immediately disqualifying. I had no yet developed any kind of fashion sense, but my god, I knew my fashion sense would never be that look. Steve was insecure and awkward, just like every teenager ever. That’s the memory this film brought back for me in a big way. I hope Steve is happy and making better fashion choices, wherever he is.

There’s a great scene in BOOSKSMART where the girls get into a Lyft driven by their teacher, and his whole car is covered with string lights, most of which are tiny red jalapeno peppers. This is the line in the screenplay: “Molly and Amy climb into the back of a PARTY LYFT. The whole back seat is decorated with CHRISTMAS LIGHTS.” But what the art department pulled off in a tiny space is an explosion of light that lit the scene as it provided an inescapable tackiness that hovers over the whole scene. Production designer Katie Byron and her on-set team did a phenomenal job of taking one line in a screenplay and blowing it up into something so cool in a tiny space. Just like the cinematography and the editing has its own style, the production design has its own style to match – and it all blends beautifully into Wilde’s vision. At its best, filmmaking is deeply collaborative, and it’s clear that with BOOKSMART, every department was making the same film, and making it well.

For that, we can credit a director who obviously knows what she’s doing. You know Wilde – she’s been in a billion shows and movies – but this was her first time directing a feature. It’s obvious that she was taking notes her entire career, because, in case you haven’t noticed, I am in love with this film. Go to Hulu. Watch it. Enjoy.

Aw man, I wish this had popped up while I still had Hulu on the cheap. May have to just rent it instead. Everything you wrote about this makes me want to see it.

In the UK it’s on Amazon Prime. I’ve just added it to my watchlist, I’ll look forward to watching this one when I can 🙂