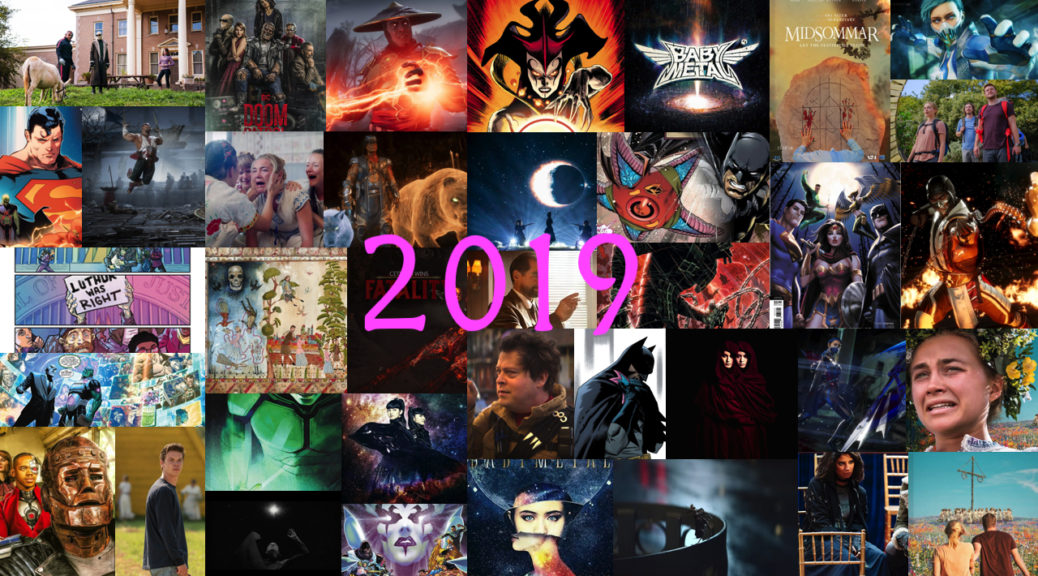 A year and a half ago my entire life changed.  I became a dad. It’s the best thing that has ever happened in my life, and I couldn’t be happier.  But being a dad really takes a lot of time and work, and that leaves little room for things that I used to spend all my time doing, seeing movies, watching TV,  reading comics, playing video games, and digging through the internet for new music. With all of that in mind, I’m going to have to my end of year list a little different than the past.  This year, each category gets one winner and no runner ups. I’m also so out of the loop that I won’t bother saying what is the best, just my favorites. All set? Ready? Let’s go!

Favorite Album of the Year

This album is total bananas.  It blends genres, languages, and kicks everyone’s ass while it’s at it.  They might have had to say goodbye to one of the three girls in between the last two albums, but you’d never know the difference.  If you’ve only ever heard “Gimme Chocolate” its time to give this band the real shot they deserve.

Favorite Video Game of the Year

I wanted nothing more than to have Catherine at the top of this list, but there wasn’t really enough there to beat out the masterpiece that is MK11.  I’ve been an MK fan my whole life, and although this one took me a second to get used to, due to its new slower pace, once I did I was obsessed.   Each character feels balanced and new. Leading to a game that somehow feels both totally fresh, and familiar at the same time. This game was a massive achievement for a very old franchise, and I can’t wait to play even more of it.

Cards on the table, most games I played this year were from 2018, so I’m sure there might have been one I loved more, looking at you Star Wars Jedi: Fallen Order, but I just haven’t had time yet.

This book has been spending all its time preparing us for a war that is currently raging and its been the ride of a life time.  It’s silly at times, sad at others, and overall just some of the best storytelling in comics this year. If you’re a comic fan at all, and not reading this book, time to start grabbing some trades.  And join me in going, yeah Baby Yoda is cute, but Jarro is the best.

HOLY FUCK this show is fucking great.  If you’ve ever wondered how weird can a show get while maintaining characters you love, stories you care about, and a villain that seems unbeatable, DOOM fucking PATROL.  This is one of those rare shows that grabs you by the throat and yells in your face, and you are left saying, more please. It’s so hard to write anything about this show without needing to dive into spoilers so I’ll just list a few amazing things that happen.

Not until I was looking at the list of movies that I saw this year did it even dawn on me that Midsommar was my favorite of the year.  When I left the theater, I was luke-warm on it to say it best. I never really attached to any of the characters. I thought the hype of how scary/violent it was, was way overblown.  And I really had no interest in watching it again. But the damn movie just won’t leave my head. It has planted itself in my head and I find myself daydreaming about it a few times a week.  I think about how Jack Reyner’s character was a shit bag of a person but didn’t deserve the hell he was sent to. I’m lost in the location. It’s wide open, you can go anywhere (for the most part) and see anyone.  But its also a prison and you are beyond trapped. This movie is layers upon layers upon layers and the more I think about it, the more I need to see it again. Turns out I loved Midsommar, I just had no idea.

2019 was a great year for entertainment, and I’m super excited to slowly catch up on all that I missed.