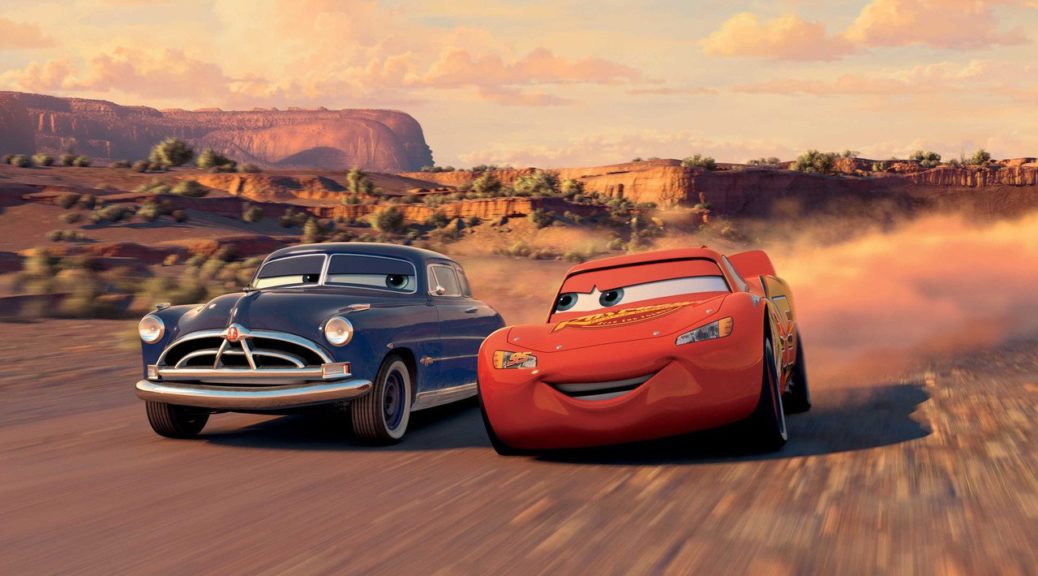 Cars 3 comes out this weekend and it’s only fitting we talk about the surprising first movie. Ka-chow.

Sandwiched between The Incredibles and Ratatouille, Cars at first blush feels like a bit of a misstep. It’s a movie where vehicles are the only lifeforms and…well…that’s where the marketing pretty much lost me. Lots of racing stuff that I don’t care about? Check. A sidekick voiced by one of the “kings” of blue collar comedy? Check MATER.

I mean, look at this trailer…

The movie turned out to be way better than I thought it would be, walking a fine tightrope between its themes and the ridiculousness of the premise. After I saw the movie, I couldn’t help but think the trailers, marketing, and toys didn’t do the movie justice. The themes of “respecting your elders” being a “good winner,” honor, and appreciating history are very compelling, complex, and not something you would expect based on the marketing. I absolutely loved the moment where Lightning McQueen gives up the Piston Cup to help The King finish his last race.

Cars may not be as good as some of the other films in Pixar’s filmography, but man is it worth a watch. And with the “final chapter” coming out this week, I find myself hyped to see what Lightning McQueen faces next.