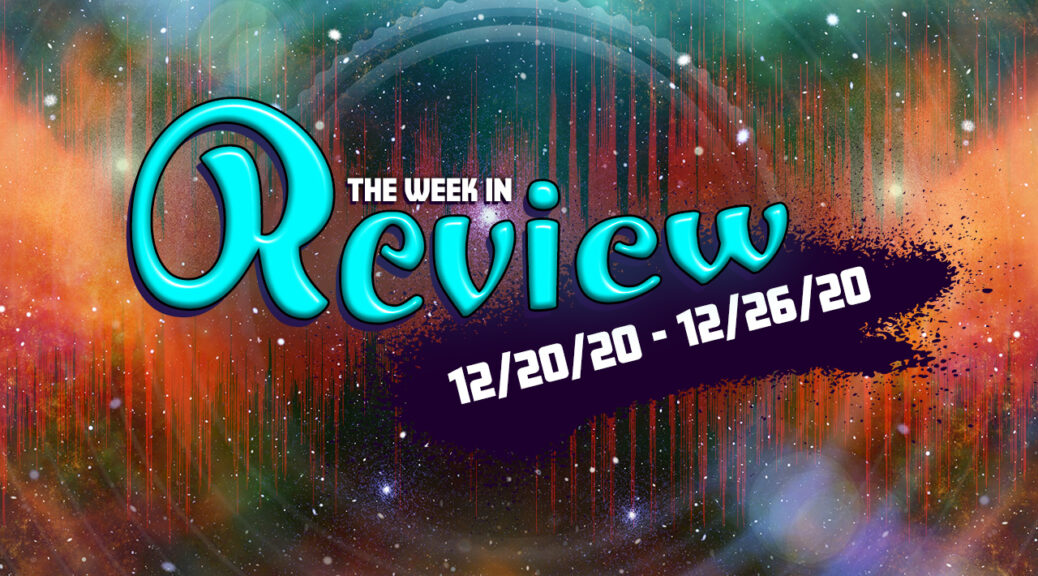 I hope you’ve had a happy holiday season so far and that the rest of your year features rest, relaxation, and an overwhelming sense of peace and contentment. We produce a lot of content over here at ATH Network and I wanted to start up a little recap post series every weekend to point out the shows and articles you may have missed and put links to them in one convenient place. Let’s get to it, shall we?

Welcome to You Are Doom

This week it’s not a Welcome to you Are Doom episode, and it’s not a Binge Buddies or Corona Cartoons episode. No, this week it’s an entirely different thing that doesn’t really fit into any category: The Doctor Who 50th Anniversary special “The Day of the Doctor.” Bryan is joined by Matt “The General” Dykes and together they’ll break down all the things that make this special tick and what it means to them as Doctor Who fans in general.

My close friend Kate drops by to introduce me to one of the most emotional games I have played in a long time. Love, Same is only three dollars on steam and I highly recommend it!

The party finds the last piece of the Modron construct and have a bit of a strange (and humorous) encounter with a few Duergar in the process. They then discuss the plans going forward and whether or not Ezekela, the Horned Devil, will continue to be included in said plans.

Want to chat with us about your favorite moments in pop culture or have thoughts about something said in one of our podcasts?

Head over to our discord and join in the conversation.

And again, I hope the holidays are treating you well and I hope to see you around as we continue to bring you great content each and every week.