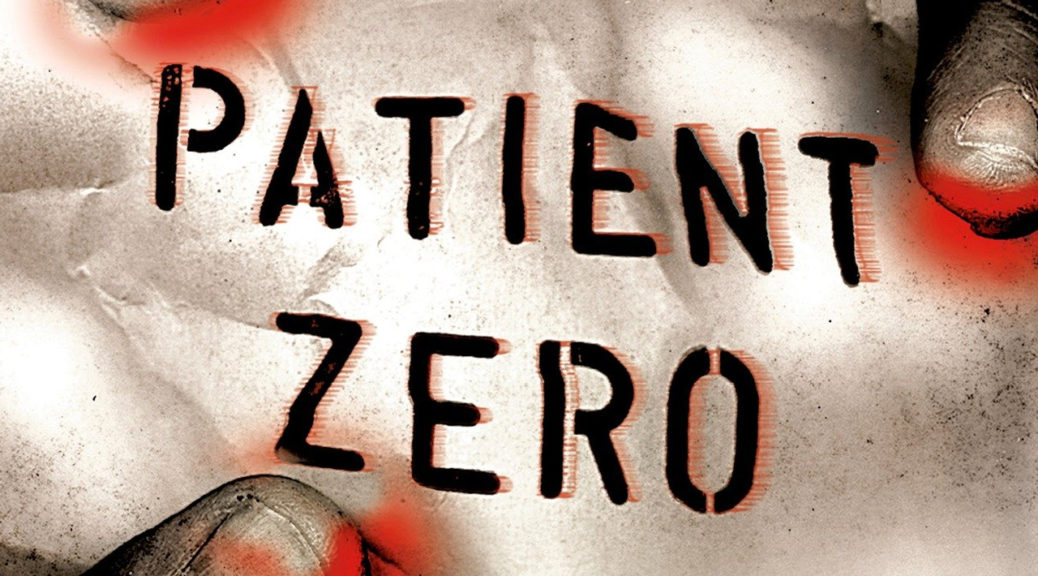 So, for today’s Pandemic Pick I’ve decided to go for something a little different. Because we all have a lot more time on our hands it is a good time to binge the latest TV show or get through that list of movies you wanted to watch for a long time. It’s also a good time to pick up a good book and I’m recommending the first entry in one of my favourite series of books. Patient Zero by Jonathan Maberry.

The title might be quite ominous given the times we are living in but the book isn’t about a world ending virus… sort of. OK, it is, but it’s not just a virus that kills you. Let me start over, I’m scaring you, are you OK? No come back it’s a really good book. Oh, you’re back, good. So, Patient Zero. The book was originally released in 2010 and was the first in a continuing series of novels featuring one of the most badass literary characters of the 21st century, Joe Ledger. The books are told in both first and third person perspective, when we are with Ledger the book is written in first person perspective, when we are away from him the narrative switches to third person. It’s an interesting creative choice which I think works really well because we are put straight into Joe Ledger’s mindset from the outset. One of the first things you read from Ledger’s perspective is, “When you have to kill the same terrorist twice in one week there’s either something wrong with your world or something wrong with your skills, and there’s nothing wrong with my skills.” This sets up exactly the kind of character Ledger is and the type of book you’re about to read. Ledger is a regular guy who is caught up in something that is anything but regular, but he is also a highly skilled and confident individual who is intelligent enough to realise when something bigger than him is happening.

Ledger is a former Army Captain and a Baltimore cop who is recruited into the Department of Military Sciences when he stumbles onto an international terrorist plot to turn everyone into mindless zombies through the use of a Prion virus. The science behind the novel was well researched, Prions are real, there are around 300 cases of Prion related diseases every year in the US. They are rare and a lot of them currently are inherited illnesses. The use of Prions as a way to turn people into zombies is a unique and fresh take on the zombie genre which is one of the reasons the book was so good, the main reason however was the characters and the premise behind the novel. I distinctly remember reading a review of the book in British Sci-Fi magazine SFX back in 2010 that described the book as 24 with zombies. As a huge fan of the TV series 24 and having joked with a friend of mine a few years later that they should do a season where Jack Bauer fights zombies I was instantly intrigued and bought a copy. Now, I’m a slow reader, usually it takes me a month to finish a decent sized novel, this one I finished in six days which is lightning fast for me.

The story is tense, its characters are interesting and grounded but they are also three-dimensional, the villains are motivated and intelligent, they are not moustache twirling caricatures and above all else even though the book deals with a potential zombie outbreak it feels very realistic. I never once remember reading any part of the book and thinking, “Well they would never do that,” or “That’s ludicrous.” The level of realism in the combat scenes is also rather high, containing things that you don’t often see in film, TV or books, for example, in a shootout someone is hiding behind an upturned table and they just get shot through it because in the real world no tables are bulletproof.

Even though this might seem like an odd choice whilst there is a pandemic on the loose to be reading about a potential pandemic it is also a very entertaining read and once you’re finished with the first one I would highly recommend moving onto the second in the series, The Dragon Factory, which is my personal favourite of the series so far.

The character of Ledger is the biggest draw of the series as he is a character who not only uses his brawn but also his brain, however he is also supported by a number of equally interesting characters. Mr Church, the illusive head of the DMS is one such example due to the reach he has, it becomes a long running gag throughout the books that they have all this high tech equipment because Mr Church has a friend in the industry.

If you’re a fan of techno thrillers or just tough guy characters or even detective novels I would highly recommend you give Patient Zero a read and if you’re a fan of the zombie genre then I would say that you will enjoy the book too.

Patient Zero is available in paperback, e-book and audiobook from Amazon and most online retailers.