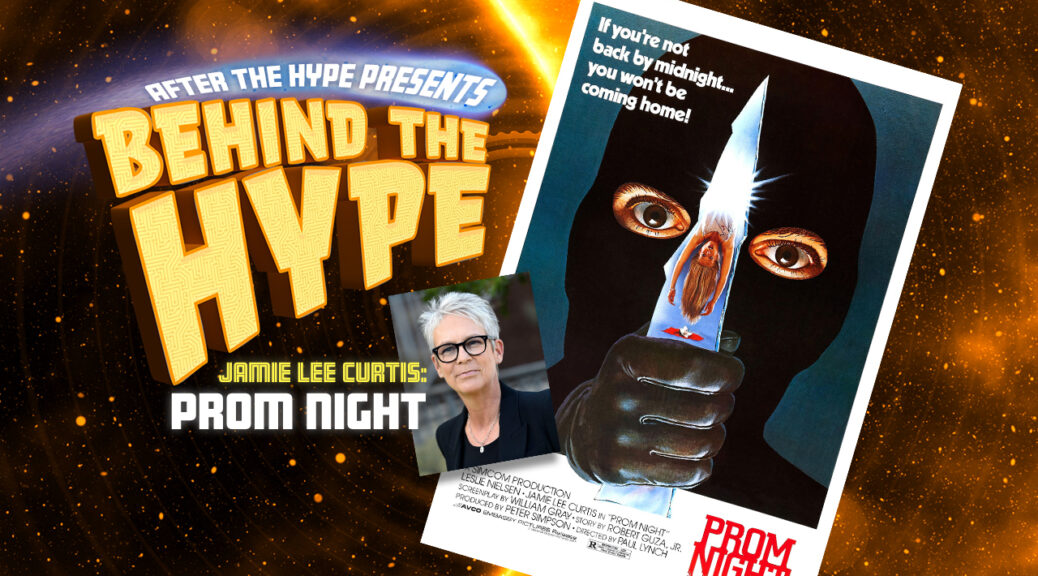 We decided to wrap up our Jamie Lee Curtis retrospective by reviewing the classic horror film Prom Night, the film that has inspired many horror movies since it was released and continues to inspire today. What did we think about it? Well, perhaps we should have watched Terror Train instead? There’s some interesting stuff in Prom Night to be sure, but so much of it is either boring or just doesn’t work or is just plain confusing. We even brought in our pal Matt Dykes to help us work through this thing and he had similar problems.

But hey, if there’s anything we learned from this it is that Jamie Lee Curtis is a cinematic treasure. If nothing else, watch the movie for her…and then watch Terror Train.