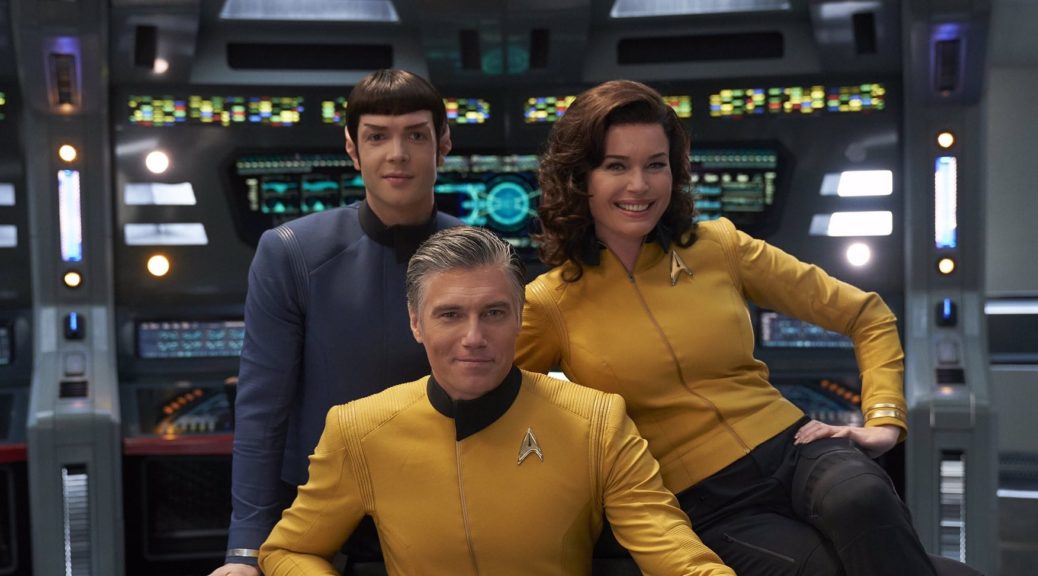 As many fans will be aware, Christopher Pike was the Captain of the USS Enterprise before James T. Kirk sat in the chair. Originally portrayed by Jeffery Hunter in the original pilot episode of Star Trek, The Cage, Pike was a strong willed and headstrong commander who cared for every one of his crew the same as any other. In the original pilot he is conflicted about whether or not he can even be the Captain of the Enterprise after losing three of his crew on a mission.

So far, the characters of Pike, Number One and Spock have been cast as they appeared in Discovery’s second season. There are other characters from The Cage that if they decide to bring in that are still yet to be cast. This includes the character of Doctor Boyce who in the original pilot was shown as a close friend of Pike, it would be interesting to explore more of this dynamic in the new series. But there are also the characters of Tyler and Yeoman Holt who could also be brought in, each with their own relationships with the characters.

What I feel makes this one of the most important new Star Trek series is the fact that the audience are potentially going to be able to see the Star Trek that Gene Roddenberry originally conceived of with the characters from his original idea being able to be explored and developed. The decision to make the series more episodic in nature also harkens back to the type of storytelling that Roddenberry used with the original Star Trek series.

It’s an exciting notion that we could get to see what the original series could have been with Strange New Worlds. The fact that the decision to green light the series was entirely due to the overwhelmingly positive response to both Anson Mount and Ethan Peck’s portrayals of Pike and Spock shows how much of a fan driven project this is and will continue to be. It’s a series that has the potential to be the most faithful to Roddenberry’s original vision of the future and it has the potential to be the modern Star Trek that has a level of positivity that we all need right now.

Some Star Trek fans have been vocally negative towards Discovery and to a lesser extent the latest Picard series. Strange New Worlds presents an opportunity for all fans of Star Trek old and new to unite behind an exciting new series which will hopefully bring the best elements of old and new Trek together in one fantastic series. I for one am very excited for it, I hope you are too.