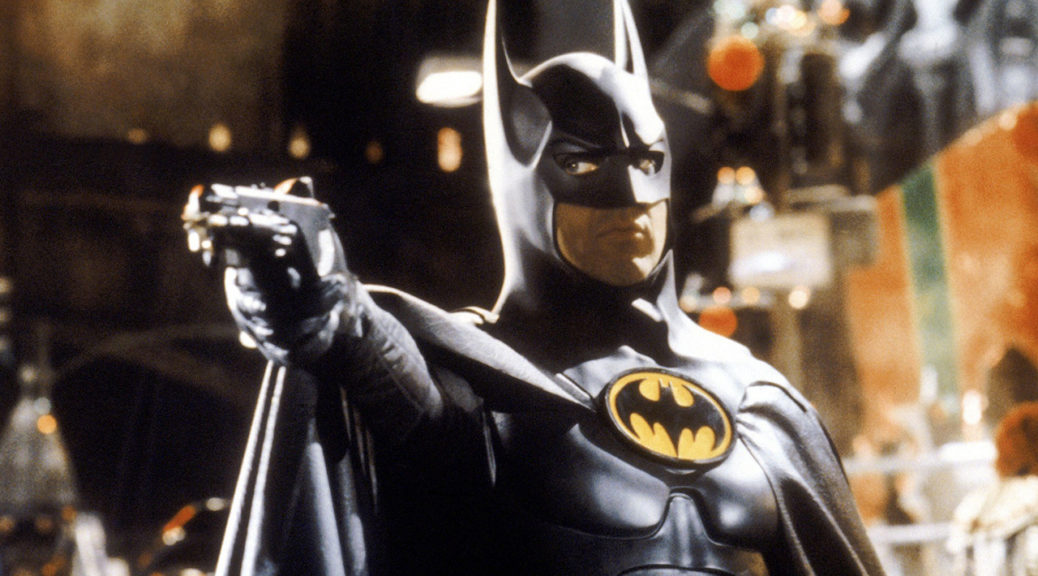 Michael E. Uslan was one of the first people to teach an accredited academic course that studied comic books. He also had aspirations to bring one of his favourite characters to the big screen. However, he wanted the darker, more serious Batman he knew from the comics, not the POW! KABLAM! version of the character most people knew, thanks to the 1966 TV series that starred Adam West. By chance he met with Benjamin Melniker and talked him into securing an option for the motion picture rights to Batman and all the associated characters. Uslan won Melniker over with his passion for the darker, moodier portrayal he wanted to showcase, and with that in mind they went to every studio in Hollywood. Every one of them turned them down. The studios that did show interest were not interested in a dark comic book film; they wanted the campy 1960’s Batman.

Peter Guber and Jon Peters came on board as producers and helped them to secure a deal with Warner Bros. Warner brought on Tom Mankiewicz, who they had worked with on Superman. He handed in a script that focused on the origins of both Bruce Wayne and Dick Grayson which was based on the comic series Batman: Strange Apparitions. Mankiewicz’s script did get some traction in the mid-1980’s with several different directors attached at various points- including Ghostbusters director Ivan Reitman. Reitman wanted to cast Bill Murray and Eddie Murphy as Batman and Robin.

Throughout the development process a multitude of different screenplays were written by different writers, all with different tones to them. These scripts varied from straight out comedies to a period piece set in the 1940’s. Mankiewicz’s script was still being used as a guide to the film, until Tim Burton came on board.

Burton and his then girlfriend, Julie Hickson, wrote a new treatment due to feeling that Mankiewicz’s script was too campy. Burton took heavy inspiration from Frank Miller’s The Dark Knight Returns and Alan Moore’s The Killing Joke. Steve Englehart, the writer of Strange Apparitions, was brought on board to write another treatment. After completing his initial draft, he went back and removed Dick Grayson and Penguin as he felt there were too many characters in the story. This treatment was then adapted by Sam Hamm, a serious comic book fan, with some help from Burton. Burton was still not officially hired by Warner to direct, as they were waiting to see how well Beetlejuice performed at the box office. Once Beetlejuice was released and became a box office hit, Warner officially gave Burton the directorial job.

For the casting of Batman, Warner Bros wanted a bankable action star in the role. It was offered to several actors including Mel Gibson and Tom Selleck, but Michael Keaton was cast when Jon Peters recommended him after seeing him in Clean and Sober. Burton had worked with Keaton on Beetlejuice and felt that he had the crazy eyes that the character needed. With Keaton’s casting, fans were in uproar, feeling that the film was going to be a campy comedy (as Keaton was mostly known for his comedic roles at the time). 50,000 letters of protest were sent to Warner Bros with even producer Michael E. Uslan worried that the film was going to end up going down the campy route. In an interview, Keaton joked about finding it harsh when they hung him an effigy. Burton felt that by putting Keaton in the suit, it was more believable that he would dress up as a bat, as he didn’t have the physicality outside the suit. He also didn’t know how to put a serious actor into the suit without it getting inadvertent laughs. He felt that someone like Sylvester Stallone would not need a suit to make himself imposing.

Keaton played into the trauma of Bruce Wayne in his performance- his portrayal was that of a person who had a deep suffering inside and the only way to deal with it was to hide it behind the cape and cowl of Batman.

The casting of Jack Nicholson as The Joker was met with the opposite response- the fans were delighted with his casting. Nicholson had been Uslan and Batman creator, Bob Kane’s, first choice for the role. Other actors were auditioned including John Lithgow and Brad Dourif, Burton wanted Dourif but he was vetoed by the studio, who didn’t feel like he was established enough to carry the role. With the casting of Nicholson came some strings- which included him getting top billing; a crazy notion that in a Batman film the person playing Batman was listed second in the cast. Nicholson also took a percentage of the profits, including a $6 million paycheck. Nicholson was adamant that the film should be dark and not “brighten it up for the kids,” taking the project very seriously. He had a tremendous amount of fun playing the character and was very supportive of Tim Burton throughout the whole production.

Kim Basinger was cast as love interest Vicky Vale when the original actress, Sean Young, fell off her horse and had to be recast. Billy Dee Williams was cast as Harvey Dent (with the idea of using the character of Two Face in later films). Whilst the character would appear in Batman Forever, he would ultimately be recast, to the disappointment of Williams. Robert Wuhl was cast as Vicky Vale’s fellow reporter Alexander Knox. Knox was originally supposed to die in the climax, however, according to Wuhl, the studio liked his character so much that they had him survive.

The film was originally supposed to be shot on the Warner backlot in Burbank, however, due to secrecy concerns they moved production to Pinewood Studios in England. Filming took place in the winter of 1988 across 18 different sound stages, including Knebworth House, with Hatfield House portraying Wayne Manor. Due to the tight shooting schedule, they worked 6 days a week, but during production the Writer’s Strike erupted. Sam Hamm was unable to do any of the required re-writes and Warren Skaaren was brought in to do the required work which changed a lot of the third act. Hamm spoke publicly about his disapproval of having The Joker being the person who killed Bruce Wayne’s parents, and with Alfred letting Vicky Vale into the Batcave.

During post production, Prince recorded several songs for the film, enough for an entire album to be released. Four of the songs would be used in the film. Danny Elfman was brought on as the composer and was showing a studio executive some of the ideas he had with Tim Burton. The executive did not seem impressed and Elfman was worried that he was going to be replaced when Burton told him to play the Batman March. The executive began dancing around the studio in excitement. The theme was so iconic, it would be associated with Batman for decades to come and would become one of the most famous film themes of all time. It was so inherently associated with Batman than upon my first viewing of Christopher Nolan’s Batman Begins, I felt huge disappointment that the theme was not used.

Before the film had even hit theaters every piece of Joker paraphernalia had sold out everywhere. All across Los Angeles people were sporting the Batman logo on T-shirts and caps. The film opened on 22nd June 1989 making $2.2 million off of the late-night screenings alone. The film would go on to break several records, including the biggest opening weekend and the fastest film to reach $100 million- making a worldwide gross of over $400 million. Critics loved the film as much as audience. Some complained that the film was too dark, however they still praised the film. For all the controversy over Michael Keaton’s casting, the fans were won over immediately by his portrayal of the tortured psyche of Bruce Wayne and the imposing nature of Batman.

Batman took the idea of comic book movies and turned it on its head. It showed that a comic book movie could work as a dark, character driven film as well as the epic adventures that had been created before. The film helped launch Tim Burton’s directing career and allowed him to choose his own path as a director. It also made Batman a popular character once more while showcasing the dark side of the character that had been lost to the general populous for years thanks to the spandex wearing Adam West TV series.

A sequel followed three years later that was even darker than the first film, however, for me, I adore the original film and it is still one of my favorite Batman films. Yes, there are flaws (having The Joker kill Bruce Wayne’s parents is a huge deviation from the source material), however if you don’t dwell on the divergence it makes for a much more interesting final act with Batman coming face to face with the monster that created him. I still think that Jack Nicholson’s portrayal of The Joker is one of the best Joker’s we have had and one of the most accurate portrayals in a live action Batman. The film is full of rich characters, wonderful production design and THAT car. The Batmobile that everyone wanted. Even thirty years after it’s release, the film stands up, Michael Keaton’s portrayal is much more understated than the performances of other actors and he captures the duality of the two personalities existing within Bruce Wayne.

Whilst people will credit Christopher Nolan’s Dark Knight trilogy as being the quintessential Batman films, I still feel that without Tim Burton’s Batman films we would never have had the darkness that Nolan captured in his films. Burton showed us that comic book films don’t have to be bright flashy affairs for kids, the films showed us that darkness works just as well as light for comic book films. Without the 1989 Batman film the comic book movie genre may not have become as popular as it is today.