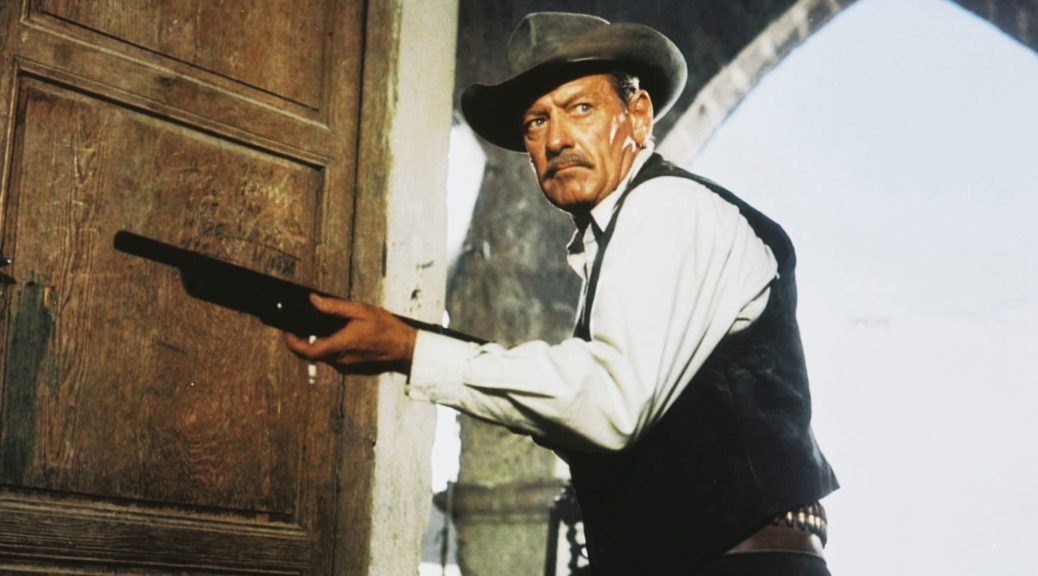 The Wild Bunch was directed by the innovative and visionary Sam Peckinpah. He was a director who did not want to gloss over violence, he wanted the audience to see it for themselves to see how horrific it was. His films were brutal, but they also had complex and often conflicted characters who were forced to compromise their morals due to the situations they were in. He was also a director that invited controversy with a lot of his films still seen as controversial to this very day. His experiences in World War II influenced his depiction of violence in his films. Even though he did not see direct combat, he spoke about witnessing acts of torture and the shooting of a laborer by a sniper. After a few smaller films, he got what was supposed to be his big break, Major Dundee. However, he was fired during post production and the film was re-cut several times, and due to this, became an incoherent mess to audiences. Peckinpah felt that his reputation had been irreparably damaged by the reception of Major Dundee.

Peckinpah went on to make a TV film called Noon Wine, which became a surprise hit. He received a best writer for television and best director for television nomination at the Writer and Director’s Guild. With this success, he was brought on board as director for a Western called The Wild Bunch. Peckinpah did a re-write of the script before production started as he wanted the film to be vicious and realistic. The main characters were not nice, which was a true depiction of people of that time. The Wild West had a somewhat mythical quality to it at the time- people saw it as a simpler time and a time to be envied, when the reality was far from that. Peckinpah wanted audiences to see the real Wild West; warts and all.

Peckinpah and editor, Lou Lombardo, had worked together on Noon Wine. When they were prepping the shoot, Lombardo showed Peckinpah a scene from a TV series called Felony Squad that showed a character being gunned down in slow motion. Peckinpah loved what he saw and wanted to incorporate slow motion into the film. The major shootouts were all shot with six cameras simultaneously, all shooting at different frame rates from the standard 24 frames a second all the way up to 120 frames a second. When editing the final sequences together, the changing in frame rates gave the shootouts a look that had never been seen in film before. Footage of The Wild Bunch consisted of 333,000 feet of film and 1,288 camera set ups. It was Peckinpah’s most ambitious film and epic in scope.

The characters in The Wild Bunch are all aware of the fact that they are a dying breed in a new and unfamiliar world that is growing around them and being forced to compromise more and more of their morals in this ever-changing world. The film starred William Holden as the gang’s leader, Pike Bishop. Ernest Borgnine played Pike’s right-hand man, Dutch Engstrom, with Edmond O’Brien and Warren Oates portraying gang members Freddie Sykes and Lyle Gorch respectively. Oates would work with Peckinpah on several occasions, including taking the lead in Bring Me the Head of Alfredo Garcia. The characters were on a collision course towards their ultimate fate throughout the entire film and whilst their redeeming actions cost them their lives, they regained some of their moral integrity in the process.

Peckinpah took full advantage of the new R rating that the MPAA had introduced but was still forced to trim some pieces of the film to secure the R rating. The violence in the film served a purpose- Peckinpah wanted the audience to have an idea of what it would like to be gunned down. During production to demonstrate the type of bullet effects he wanted from the effects crew, he pulled a real pistol and fired it into a wall yelling, “That’s the effect I want!” In post-production, he wanted each different gun to sound unique and different, as in real life not all guns sound the same. Peckinpah wanted the audience to see how ugly and disgusting the violence was. He hated how you would see the good guy gun down the bad guy and there was no blood or real pain- it was a heroic action. He never saw it as that; he saw it as violent, painful and terrible. Because of his approach The Wild Bunch is still considered controversial to this day, with the final shootout being a bloody, brutal and gut punching sequence where you can see the pain in the character’s faces as they are shot.

Initially, the film was not as well received as it has become in later years. John Wayne criticized the film for destroying the myth of the Old West. The violence in the film was a shock to the system for critics in 1969, but there were still some who saw past the violence and realized that it was as brutal as it was for a reason. Throughout the years it has been lauded for the beautiful imagery it conveys of the dying Wild West and its uncompromising view of the real Wild West. In 1999 it was selected for preservation in the Library of Congress as a culturally, historically and aesthetically significant motion picture.

The Wild Bunch killed the Western, it destroyed the mythical land of heroes and showed it for what it really was – an ugly and violent time filled with people who did whatever it took to survive the land. After The Wild Bunch was released, the number of Western films produced in Hollywood dropped significantly. Whether the film itself was a direct cause is open to interpretation, but I feel it was. The closing shootout is a metaphor for not only the Wild West era ending but also the Classic Western film genre being changed forever. A John Wayne style Western would not play as well after the violence of The Wild Bunch had been unleashed. It not only changed Westerns, it also influenced many other genres with it’s unabashed use of violence. It showed film makers that they could show the real consequences of violence and that they shouldn’t be afraid to show the results for all to see.

The influences of The Wild Bunch are far reaching. The use of slow motion inspired so many films to come and it was also influential to many contemporary film makers including Kathryn Bigelow, John Woo, Edgar Wright and Quentin Tarantino- to name a few. The recent Red Dead Redemption game has clear influences depicting the story of a gang of outlaws towards the end of the Old West era. Even one of the characters is named Dutch. There are some films that come and go and don’t leave much of an impact – then there are some that come along and their influence never dies. 50 years after it’s release, The Wild Bunch still influences and inspires film makers and it is essential viewing for any fan of the Western genre.