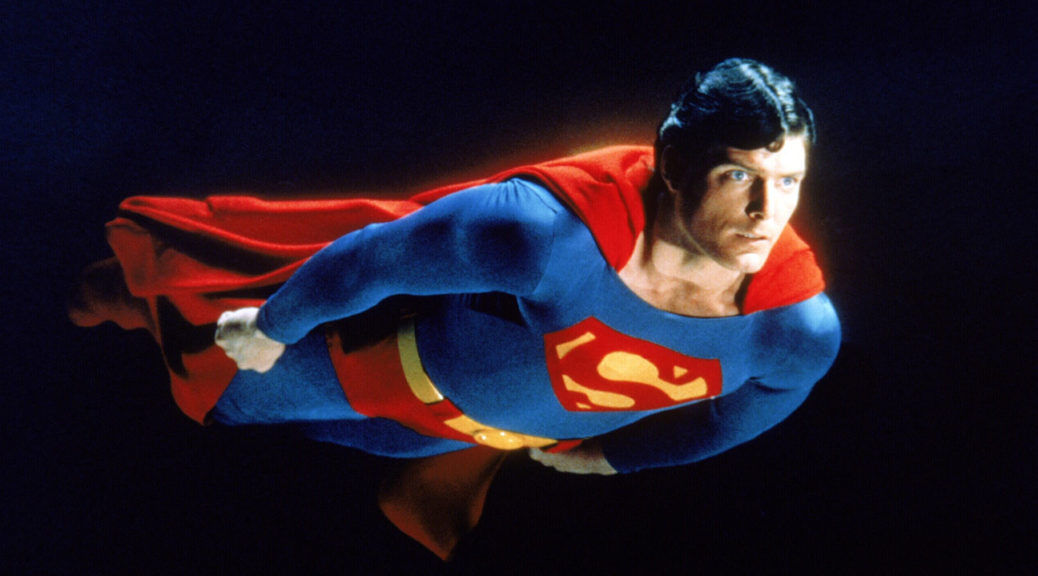 The development began in 1974 when the film rights were purchased by the Salkinds and Spengler, and they immediately attempted to hire someone for the lead role. The extensive list of potential Supermen included Clint Eastwood, James Caan and even Muhammed Ali. Paul Newman was even offered all three of the male leads, Superman, Lex Luthor and Jor-El. He turned them all down. The list of potential directors was even longer, Francis Ford Coppola, William Friedkin, Sam Peckinpah and even George Lucas were among the list of directors approached. By far the weirdest reason for a director to drop out was awarded to Sam Peckinpah who in the middle of a meeting with Ilya Salkind pulled out a gun.

Guy Hamilton was hired as the director, and Ilya Salkind was very excited about his inclusion due to Hamilton’s involvement with the James Bond films. Numerous screenwriters were approached to write including William Goldman, who after a 3 hour discussion said that he didn’t see it and walked away. Mario Puzo, of The Godfather, ended up getting the job. He delivered a 500 page screenplay for both Superman and Superman II in mid-1975. The Salkinds and Spengler wanted to film Superman and Superman II back to back in order to create two films with one budget thereby doubling their potential profits. Their ultimate vision was an epic film told in two parts.

DC Comics had an integrity of character clause written into the contract which gave them say in how the character of Superman was written. They also had approval over casting. The first cast member to sign on was Marlon Brando as Jor-El, he took a base salary of $3.7 million and 11.75% of the gross box office profits. Brando had some wacky ideas for his character which included Jor-El being a green suitcase. They had initially planned on shooting in Rome and had begun preproduction when it had to be abandoned because Marlon Brando was unable to enter Italy due to a warrant out for his arrest on obscenity charges thanks to his involvement in the 1972 film The Last Tango in Paris. With production being moved from Italy to England Guy Hamilton dropped out as director due to his status as a British tax exile. Even though he caused a huge upheaval in the production, thanks to Brando’s casting they were able to get Gene Hackman to sign on as Lex Luthor.

After losing Guy Hamilton the script found its way to Richard Donner who signed on as director, he brought on his friend Tom Mankiewicz. Mankiewicz did a re-write on the script and made it more into the film that it became, he removed various tacky elements such as a scene where Superman bumps into Telly Savalas, Savalas was scripted giving his Kojak catchphrase, “Who loves ya baby.” Donner met with then unknown Christopher Reeves, he wanted to cast an unknown in the role because he felt seeing a star in the role would take the audience out of the picture. He wanted them to see Superman, not Robert Redford playing Superman. Christopher Reeves was quite scrawny when he first met with Donner but he managed to talk him into casting him, telling Donner that before he became an actor he was a jock. In order to help bulk him up for the role they brought in David Prowse (Darth Vader) as his personal trainer. Prowse put Reeves through the ringer and he bulked up from 170 pounds to 212 pounds by the time filming started.

Filming started in early 1977. They scheduled the filming of Brando’s scenes first as they didn’t have him for long. When Brando and Donner first met, Brando tried getting Donner to allow him to play the role as an animated bagel. Donner stood his ground and told Brando that there wasn’t a kid alive that didn’t know what Jor-El looked like, and then showed him concept art of the character. Brando was, as Donner put it, a doll afterwards. Brando had it written into his contract that no press would be allowed on set, however after reading the whole script he invited various news outlets onto the set and talked the film up. He described the film as a “fucking valentine” to Mankiewicz. The Krytonians were costumed in a 3M reflective material which when lit would cause a huge amount of light reflected back. This high light reflection created a Godlike appearance of the Kryptonians. There is some dispute on whose idea it was to have Jor-El sport the S on his chest as well, some sources say that it was Brando’s idea whilst others credit it to Tom Mankiewicz. It was a brilliant idea that connected Jor-El to Superman for the audience.

The film was so big they had 5 production units and it would take up to 3 hours to view rushes some days. As filming went on the Salkinds and Spengler started putting pressure on Donner to make the film cheaper and they even brought in Richard Lester to act as a go-between between Donner and the producers. Donner managed to hide the pressures from the rest of the cast and crew whilst, as editor Stuart Baird described, having the sword of Damocles hanging over his head. Shooting would continue for 19 months moving from the UK to New York and Alberta Canada.

The one thing that they had to get right was the flight of Superman. Before production had even begun, they had spent millions on flight tests using a variety of different methods which included wire-work, blue screen, models and even a sophisticated gimble. The flight was accomplished using a mixture of these different methods and it was very much a try it and see approach: anything they could think of to get the desired results they weren’t afraid to try. This approach was effective and the results were spectacular. As the tagline said, you believed a man could fly watching Superman.

By October 1978 it was decided to stop shooting Superman II and focus on the post production of Superman. The most impressive visual effect had been designed for the ending of Superman II, however Warner Bros wanted to utilize the effect in case the film was a bomb and Superman II was not finished. The effect in question was that of Superman turning back time. The original ending had Superman catching both missiles and launching them into space, the missiles would have collided with the imprisoned Zod, Ursa and Non breaking them free. They would have then started flying towards the Earth with Zod shouting freedom. With the request from Warner Bros though this ending was abandoned and replaced with one that showed Lois Lane dying and Superman being so distraught turns back time in order to save her which utilized the impressive visual effect.

With the new ending cut into the film they needed to finish it off with a composer. As the film’s release date got pushed further and further back they obtained and lost various composers, Jerry Goldsmith was brought on and lost as the composer not once but twice. Finally, John Williams was hired and would compose an opening theme that would become synonymous with Superman for decades to come. By today’s standards it is insane to think that they completed the post production for such a huge effects laden film in two months. Alexander Salkind was so paranoid about people making prints off of the preview reels that he pulled them so the film was released without any previews.

Superman had its premiere at the Uptown Theatre in Washington DC on the 10th December 1978 and would go on to break record after record for Warner Bros and the US Box Office itself. Richard Donner met with Jerry Siegel and Joe Shuster after the premiere, they were so moved by the film they gave him the original bronze statue of Superman that had been made in the 1930s. Donner described it as the most moving moment of his entire career. Not only was it a commercial success it was also a critical hit and despite some of its flaws it remains in my opinion the best Superman film. I will admit the ending of him just dropping Lex Luthor in prison is really tacky and as an adult I’m left thinking, that’s not how the justice system works. And the turning back time thing even though it is a cool effect is utterly insane, but even with those flaws it fully captures the spirit and the sense of hope that Superman represents.

After the huge success of the first film they returned to finish the second one off with one major exception. Richard Donner received a telegram from the Salkinds that simply said “Your services will no longer be required” which is quite a bittersweet ending to the story of the first Superman film as the sequel had extensive re-shoots with Richard Lester in the director’s chair. Several years ago, “the Donner cut” of Superman II was released utilizing the material Donner had shot for Superman II and any of the blanks being filled in with footage Lester shot, this version of the film in my opinion is far superior to the original version and feels more like a true sequel to the original than the Lester version of Superman II.