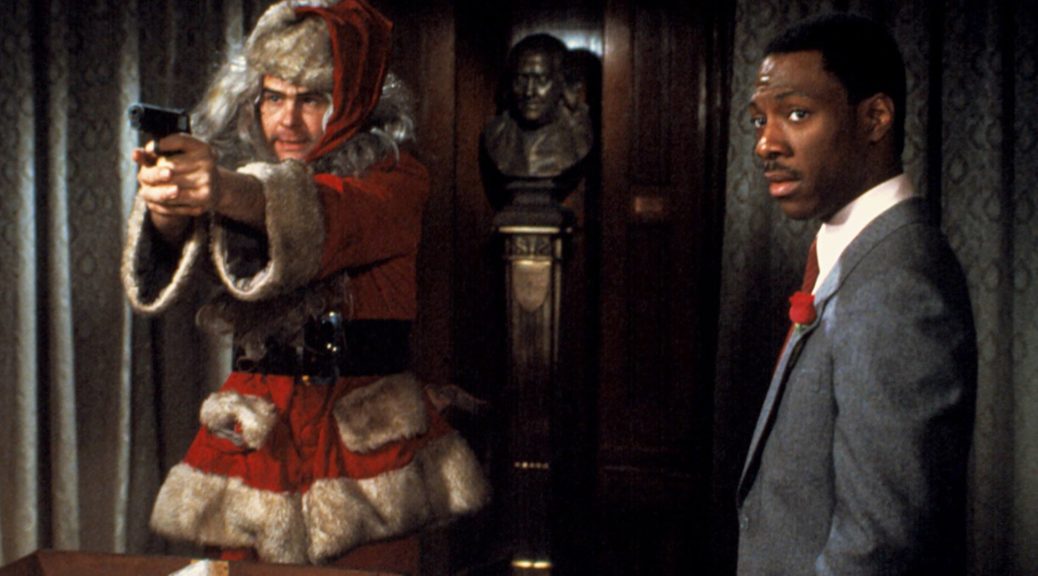 Need some alternative holiday films? Matt has got you covered!

As the time of turkeys, trees and tinsel descends, also does the time of cheesy movies about Santa, hyperactive elves and reindeer. Not everyone is a fan of these kinds of films but they’re hard to avoid, so I decided to give you a list of five alternative Christmas movies you can watch this yuletide season.

Joe Dante’s Christmas-set horror comedy is a perfect anti-Christmas movie. The sleepy small town of Kingston Falls is invaded by a hoard of green monsters whose only goal is chaos. The snowy scenery offsets the dark horror elements and it boasts some excellent puppet work. The classic Christmas imagery is contrasted perfectly with the horrific images of the nasty little critters wreaking havoc around the town in what is widely hailed as a classic comedy film.

80s era Eddie Murphy and Dan Aykroyd? Add Jamie Lee Curtis, Denholm Elliot, Don Ameche and Ralph Bellamy into the mix and you’ve got the ingredients of a comedy classic. And boy is it a classic! Another snowy setting and lots of Christmas décor to give you enough of a Christmassy feeling to not feel like a Scrooge. A modern retelling of The Prince and the Pauper, the story plays second fiddle to the comedic performances of Eddie Murphy and Dan Aykroyd. Their chemistry is brilliant and Jamie Lee Curtis is on top form as the hooker with a heart of gold. Denholm Elliot is fantastic as the butler who is brought out of his shell by Murphy. Taking place in the run up to Christmas all the way through New Years and even though the ending is still confusing to most viewers it is still a highly enjoyable comedy that is on my list of essential viewing at Christmas time.

No list of alternative Christmas films would be complete without at least one Shane Black film. It was a toss up between this and Lethal Weapon for me but Kiss Kiss Bang Bang wins out in the Christmas-viewing, only marginally though. Robert Downey Jr. is on top form as the small time crook who manages to bluff his way into the lead role of a major Hollywood film. The dialogue is snappy and exceptionally well-written, the clichés are turned on their heads at every turn and the story moves along at a brisk pace. Val Kilmer is fantastic as Private Investigator Gay Perry, the chemistry between the two leads is fantastic and their buddy-buddy relationship is one of the best since Gibson and Glover graced our screens in Lethal Weapon.

This crime drama doesn’t seem very Christmassy from the outset but there’s no denying that Christmas influenced the production. Bruges itself boasts a very Christmas feeling to it and the film has some incredible moments of pure comedy mixed seamlessly with the raw intense drama of a man struggling to live with himself after a mistake. Colin Farrell gives one of his best performances of his career and Brendan Gleeson is on top form, whilst Ralph Fiennes channels his inner psycho, his performance very reminiscent of Ben Kingsley in Sexy Beast. Martin McDonagh’s direction is brilliant and his writing is tight and clever, if you haven’t seen this wonderful little gem you should go find it and watch it… now.

Oh come on you knew this would be on the list. If you have read my previous article on Die Hard then you will know my thoughts on the film, if not go check it out. The debate on whether Die Hard is a Christmas film is ongoing, Bruce Willis says no, the writer says yes. Whether or not it is a Christmas movie is up to you to decide but it’s got everything a Christmas movie needs and it’s also got Alan Rickman giving us one of cinema’s best villains.