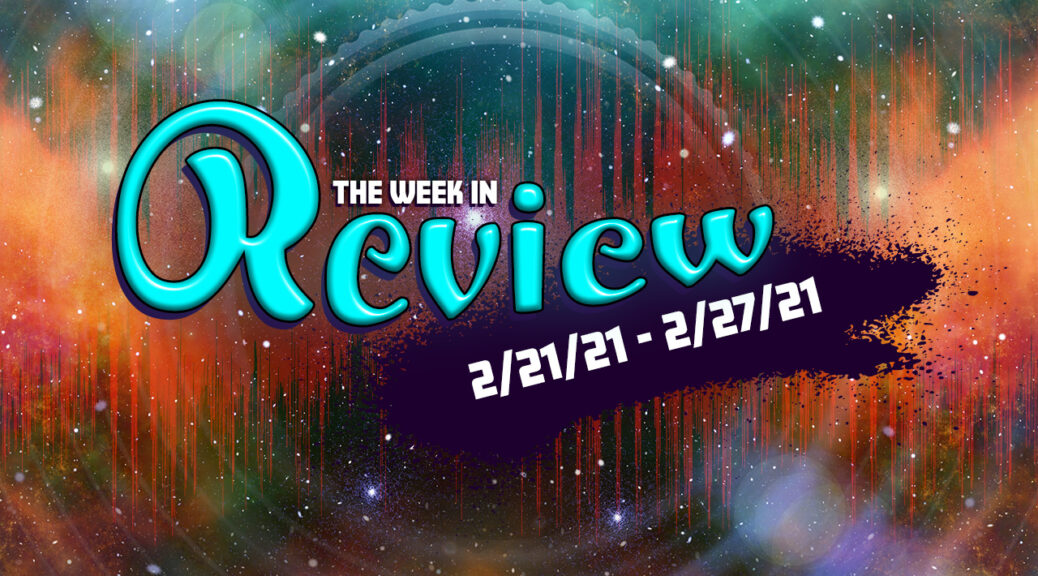 Hi! Our series “Alice in Zombieland” continues this week with the next movie on our list: Resident Evil: Extinction. Join us – that is, Bryan, Matt “Zombie Dog” Dykes, and Joel “William Birkin” DeWitte – as we discuss what’s either the best or the worst of the franchise. We get to see more characters from the video game franchise, and there are some reveals that are certainly something.

Episode 77: Accessibility in Gaming with Charriii5

One of the most talented people on Youtube, Charriii5, stops by to talk about accessibility in gaming. A subject that has impacted people in our lives and we hope to help spread awareness so more and more people can have access to video games.

Special thanks to all of you!

COMBAT! The party faces off against Duergar raiders, who seem hell-bent on scrapping the Modron train for parts and killing anyone in their way.

Due to some version confusion we had to push our review of Guilty of Romance to next week. In its place we’re going to talk about the movie that put Sion Sono on the map for western audiences: Suicide Club. It’s difficult to summarize the movie and do the horrific imagery and biting commentary justice, but we do our best. Just the opening few minutes of the movie should clue you in on the doozy of a film you’re about to experience.

I’ll be honest, I was of two minds on whether I would do a Pandemic Pick on The Expanse or not because I know at some point it’s going to be the subject of one of my deep dives. Probably when it’s all over and I can do a proper retrospective on the series. However, this is what I am currently watching at the moment and I’m absolutely loving it, more so on the second viewing as well. READ MORE.