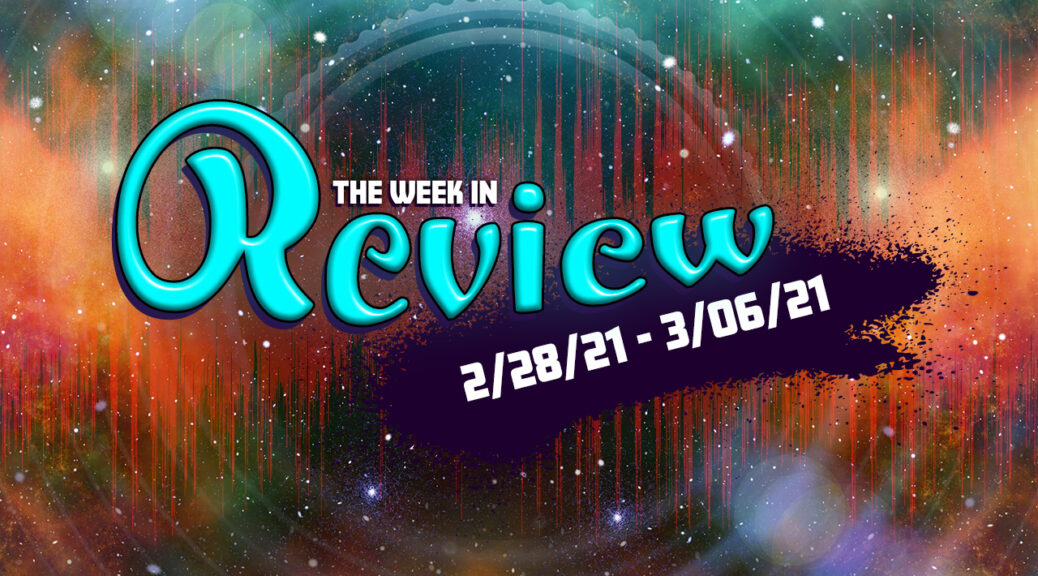 Frick. You know what? I forgot to toss out a “Guess the Still” this week. Makes it about the second or third week in a row I’ve forgotten to do that. You know what I haven’t forgotten? All the great content out this week.

RESIDENT EVIL….IN 3D!!!!! Bryan, Graham “Chris Redfield” Mason, and Matt “Zombie Dog” Dykes dive right into the third dimension – did we mention this was in 3D – with Resident Evil: Afterlife as part of our “Alice in Zombieland” season. And did we MENTION TO YOU THAT THIS WAS IN 3D? Anyway, Graham takes a lot of time to break down this movie. Or was it Wentworth Miller? * finger guns *

Not just a bit but all of Tetra stops by to talk about special edition consoles. We cover the ones from our childhood as well as how Covid-19 has affected the price of SEC. Download and enjoy!

We’ve reached the end of our month on Sion Sono and to wrap things up we’ve picked quite the heavy film: Guilty of Romance. There’s a lot to unpack with this film, about the role of women in Japanese society and the lengths they will go to break free from said pressures, or in some cases become consumed by them. As we were short a woman on this episode to give some perspective we tried to instead focus on the things we learned from the film and the themes that resonated with us versus trying to speak to Japanese culture and how it treats women.

I’m going to do something out of character: I’m going to try to see how I’ve been wrong and dive into why the angry fanboy is right- even if what they do with their anger is wrong. No matter how much you hate any piece of media, you can trust that people (not all of them, sure) poured their blood sweat and tears into it and any personal attacks are not only a waste of time, but outright cruel.  To do this, I’m going to be looking at some recent films and TV shows and spoil the hell out of them, so be warned….. READ MORE.