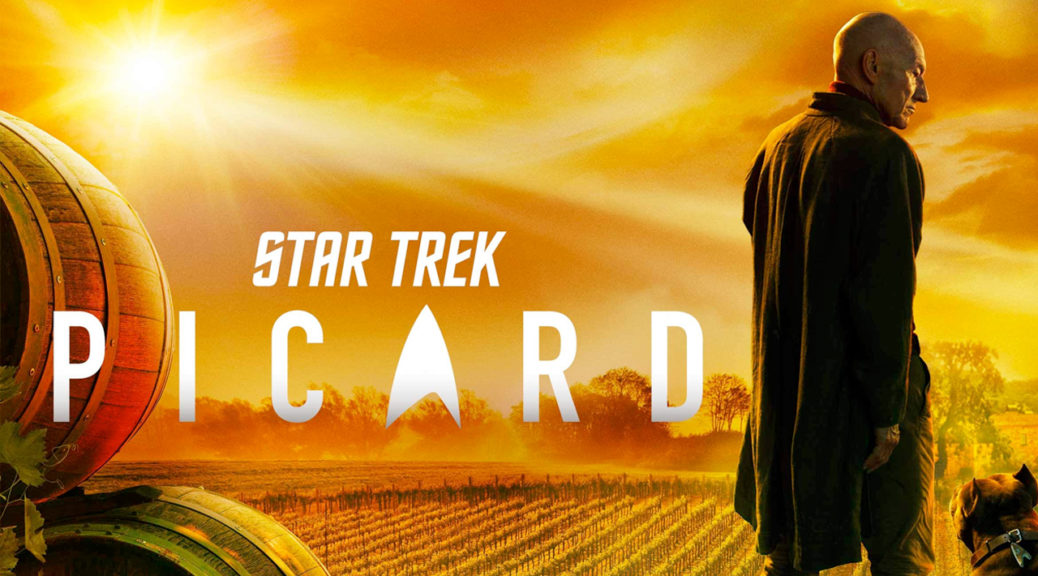 So, from the trailers we know that Brent Spiner, Jonathan Frakes and Marina Sirtis are among the main cast members from Star Trek: The Next Generation who are making appearances. On top of that, Jeri Ryan is reprising her role as Seven of Nine from Star Trek: Voyager and TNG guest star Jonathan Del Arco is returning as Hugh (a Borg that appeared in three episodes of the series.)

Brent Spiner let slip that Data’s appearances are brief but important to the story. He also mentioned that a conscious decision was made to make his appearance look the same as his appearance in Star Trek: Nemesis, . The appearance of Data in the first trailer (as also an unfinished version of the effects work) and the appearance of Data in the second trailer were a lot closer to the final product. Patrick Stewart mentioned that Jonathan Frakes and Marina Sirtis would have a major part in one episode, however, they are credited for two episodes, so whether or not their roles in one of the episodes is minor and the other is a major role is not clear. Frakes is also directing three episodes of the series which will be an interesting full circle moment for Frakes, who’s first directing gig was on Star Trek: The Next Generation. There is little known about the size of Jeri Ryan and Jonathan Del Arco’s roles in the series but they are only credited for two episodes of the first season on IMDb. This could be a mistake or an omission, intentional or otherwise.

What do we know about Picard himself? According to Patrick Stewart, Picard has been retired for several years and is living in his Chateau in France. His only companions are his dog (lovingly named Number One), and an unknown number of Romulans who-in Stewart’s words- “Are taking care of Picard.” From the brief appearance of actor Jamie McShane in Romulan makeup in the first trailer, we can surmise that he is one of the Romulans who is taking care of Picard. Based on the dialogue, McShane’s character has also known Picard for a long time. There are also allusions to a traumatic event that caused him to leave Starfleet; possibly related to the top secret, unauthorised rescue mission that Michelle Hurd’s character, Raffi Musiker, refers to in the second trailer. We also know that Isa Briones character, Dahj, has some connection to Picard. There has been a lot of speculation about her connection to Picard, but I’m not going down that rabbit-hole. Dahj is the catalyst for Picard returning to space (note space; not Starfleet). Based on the trailer, it appears that he goes to Starfleet for help, is turned away, and so he assembles his own crew.

For the tone of the show, Stewart likened it as closer to that of what they did with Logan in the X-Men franchise. In the series, it’s darker in both subject matter, tone and language. When asked if it would be suitable for a 6 year old to watch, Stewart responded with a no. He said that he feels that the series would be OK for children aged 10 and above to watch because of the themes and subject matter. This is quite an interesting piece of information, because we know that TNG was one of the lighter series of Star Trek in tone, Deep Space Nine was the darker show of the 90’s era Star Treks and drew criticism from some fans because of it. Whether Picard will receive the same criticisms is yet to be seen.

They are being quite tight-lipped on specific details surrounding the series, and I have avoided speculating on details in this article. Some of this information has been what I have deduced from all of information I had and putting it together with what we have seen in the trailers. However, most of it came from both Patrick Stewart and Brent Spiner themselves.

I am incredibly excited for Star Trek: Picard; it’s the first series of Star Trek that is set after the events of Star Trek: Nemesis and I cannot wait to see how the galaxy has changed in the 19 years since those events.