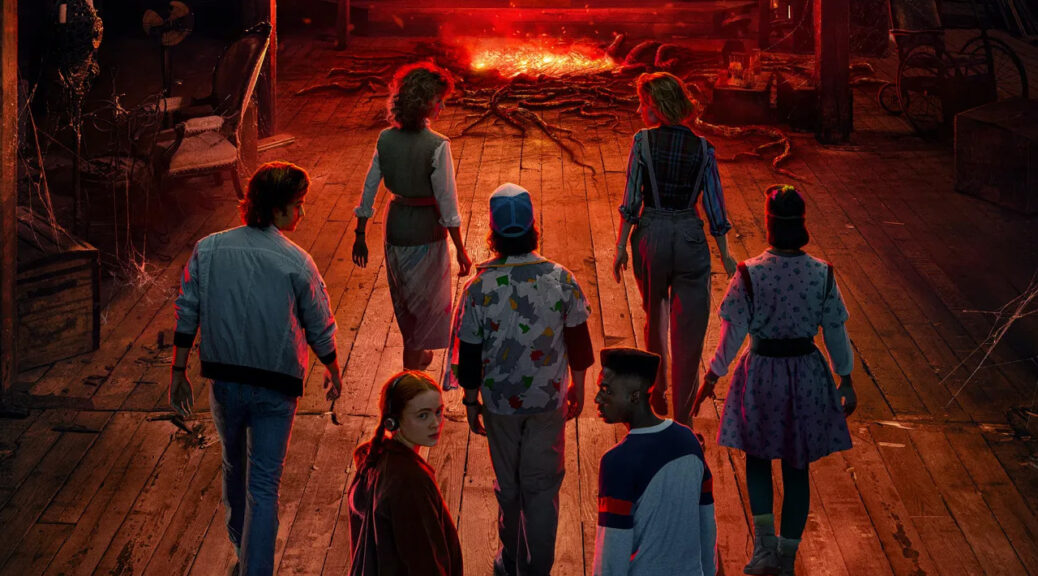 In the heavily-anticipated season 4 of Stranger Things, fans were able to see their favorite characters return (along with a few new faces). After a 3-year hiatus, the cast returns as high school students trying to make it in their new surroundings.

Millie Bobby Brown makes a sensational comeback as Eleven, now under her birth-given name, Jayne. She gives a fantastic performance as a normal girl struggling to fit in her new city and school while continuing her long-distance relationship with Mike Wheeler. The classic fish-out-of-water persona portrayed by El is seen to come to an ugly head when she hits the school bully in the face with a roller skate, thus demonstrating El’s struggle to focus her anger without her powers. Given all the change and growth of the characters, physically, El’s character has been surprisingly unchanged in terms of her innocence and mild manner until her realization of her friends’ peril. This is the truly pivotal moment in which Eleven turns from her sweet demeanor into the powerful force of good between the two worlds.

Meanwhile, back in Hawkins, the rest of the gang are meeting new people to add to the perfection of the casts’ dynamics. Eddie Munson quickly stole our hearts with his silly demeanor and much-needed comic relief. A self-proclaimed “freak”, Eddie is very close friends to the Hawkins gang, as he proves himself a master of D & D, Lord of the Rings, and heavy metal; however, Eddie’s social status plummets as he is the only witness to the brutal and unexplained death of a popular cheerleader while doing a drug deal with her in Eddie’s uncle’s trailer home. Now a fugitive, Eddie becomes familiarized (thanks to his new friends) to the Upside Down as he quickly transitions from a goofy high school student to a panicked-stricken young man who has a serious and more grown-up take on his own mortality. This development is portrayed beautifully by Joseph Quinn, who has proven himself to be not only a great addition to the cast, but quickly and easily my favorite character.

Amidst the confusion of the unexplained deaths in Hawkins, Joyce receives an odd gift from Russia with a note inside saying Hop is still alive, thus bringing back another beloved, assumedly-dead cast member. As Joyce and Murray fly to Russia to rescue Hop, he is shown to be living in POW-like conditions under the soviet Russians. Throughout all of this, Hop proves himself to be the crime-fighting “bad ass” who will do anything to stay alive with the help of his Russian guard and ally, Antov. This odd-couple dynamic shows the two of them growing a trusting relationship ultimately into a friendship. This comradery took an otherwise grim situation and gave it a bit of heart and happiness to cheer on both Hop and his captor, which was a pleasant surprise.

During Joyce’s absence, 2 more deaths have occurred among the citizens of Hawkins, and it is revealed that Max is the next target of the monster called Vecna. An unexpected string of emotions come back to Max from the death of her brother at the end of season 3. Vecna has been feeding off of his victims fears and anxieties, and Max’s seeming-existential crisis over whether or not she actually wanted her brother to die has marked her the next vulnerable victim of the monster. This plot twist has given a new look to the independent, “hard-ass” girl.

Under the care of Dr. Owens, El realizes her powers are the only things keeping humanity in tact. As the past of her time at the laboratory and “papa” come to light, El replays her last moments before her escape. She meets “One”, who was one of Dr. Brenner’s “children”. After it is revealed he is the reason for the massacre at the laboratory, Eleven faces off with One/Henry. In order to save more people from being hurt, El sends Henry into another dimension (the Upside Down). This is where we come to find the true reason for the Upside Down’s existence is due to El, and Vecna is Henry/One. This realization of how much of a role El plays foreshadows a much-more powerful look at Eleven’s physical and emotional strength as she slowly becomes a more “God-like” figure by going head-to-head with evil and save Hawkins.

The plot development is both appropriate and believable to the show. Its progression has been built up throughout the seasons to keep it progressing quickly but not jump from the frying pan into the fire. The movement of the plot feels both paced and logical to the story. I feel very confident for part 2 of season 4 and the upcoming season 5.