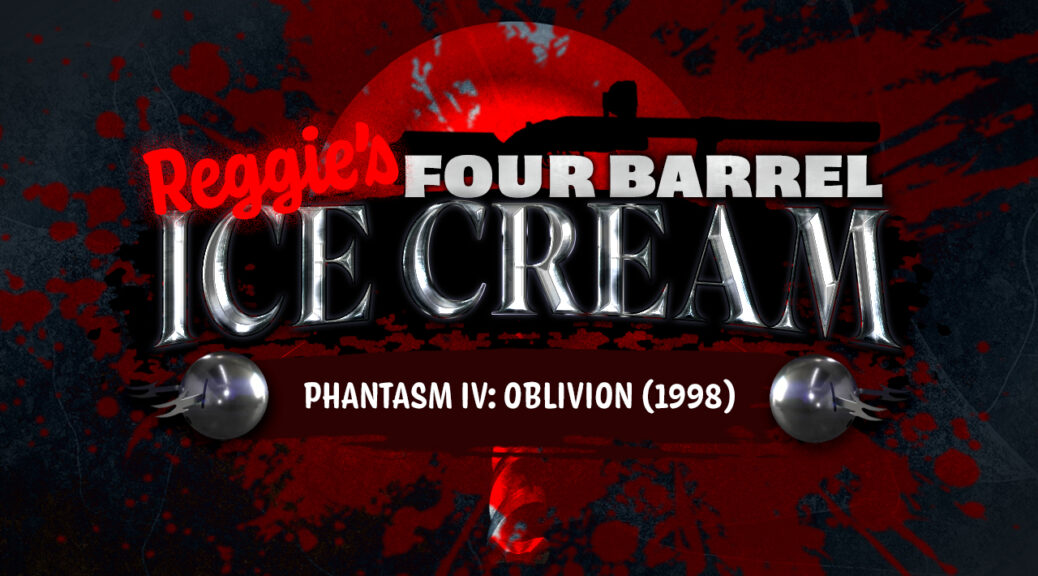 Welcome to another exciting episode of Reggie’s Four Barrel Ice Cream, in which Bryan Dressel, Matt “Zombie Dog Daddy Longlegs” Dykes, Joel “Spaghetti” DeWitte come together to discuss the rather odd “Phantasm IV Oblivion,” a movie that was originally supposed to be another movie entirely and then  was supposed to be the end of the franchise. Like we said, an odd duck indeed. So finish cutting your pasta and come join us for a hilarious discussion.