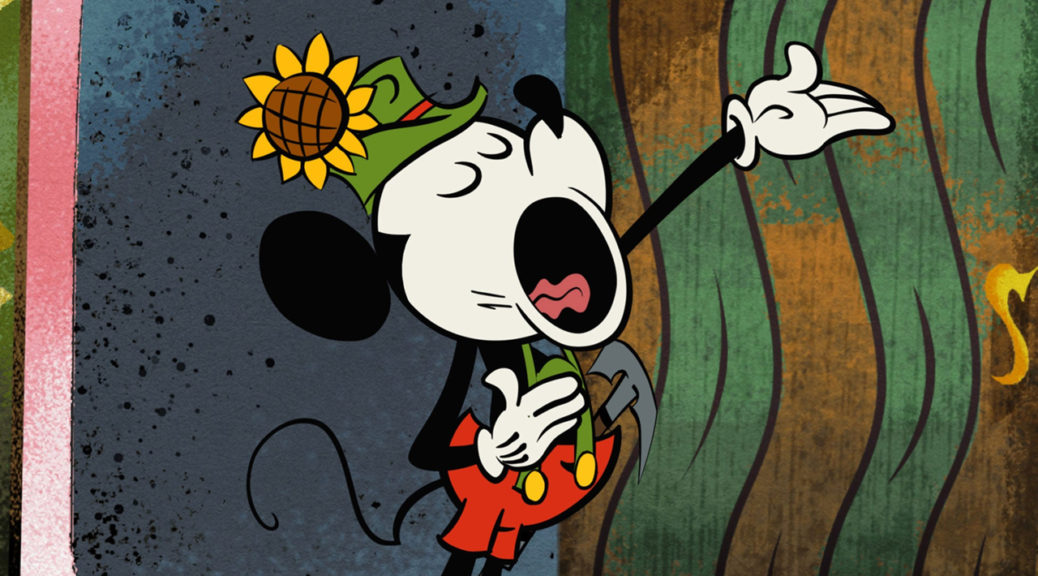 If you’ve followed me for any length of time online you’ve probably come across me throwing shade in Disney’s direction. Up until recently I’ve been pretty vocal in my disapproval of their business practices, and while I still have major problems with them as a company, they’ve won some points with me for their Mickey Mouse shorts.

The Mickey Mouse shorts first premiered on June 28th, 2013 on the Disney Channel and then eventually made their way to the Mickey Mouse YT channel – which is where I found them and immediately fell in love with them. I was taken in by the animation, which was fun and energetic, as well as the super-stylized and colorful backgrounds. I found myself binging through them pretty quickly and even subscribing to the YT Channel so I could catch the latest one when it dropped.

For today’s Pandemic Pick I thought I would make this my recommendation and give you a few of my favorites from this long-running series. Enjoy, and let me know which one is your favorite.

The timing on this one absolutely slays me.

The series made the choice to have the dialog of any episode set outside of the US in its native language and I really loved that they did this.

Similar to the previous embed, I love that this one is in its native language and really sells the energy of a true football game. Nice little nod to The Three Caballeros, too.

The backgrounds are amazing.

A catchy tune that I can’t get out of my head, not that I would want to.

There are a ton more where these came from and all of them are an absolute treat. And while you can probably get through all of these in less than a day, they are guaranteed to make it just a little bit brighter. Cheers!