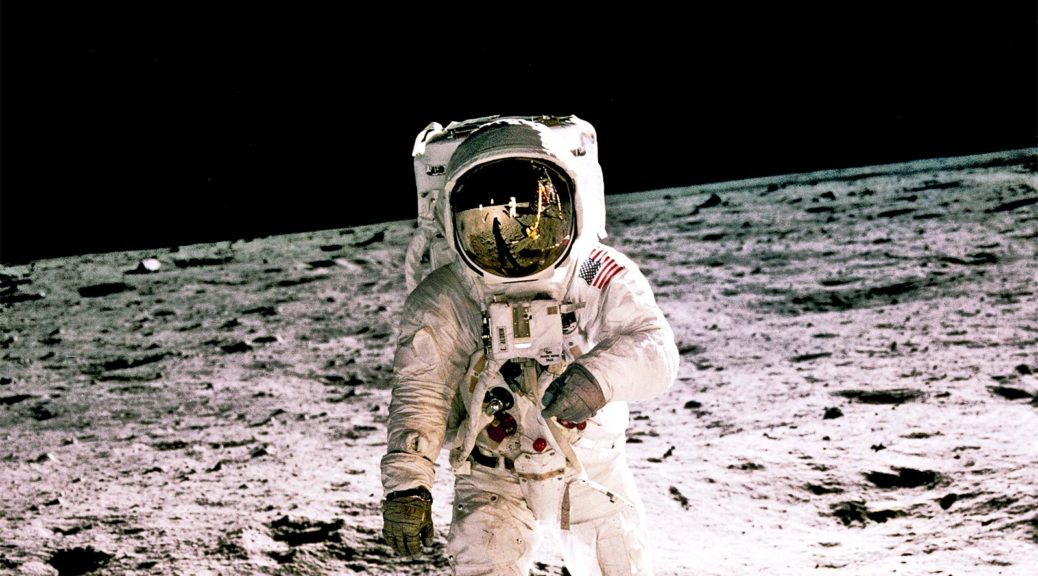 Science fiction became more relevant again with the race to land a human being on the Moon. People looked to the stars for inspiration. Prior to the Moon Landing, science fiction as a genre had been steadily growing in popularity, due somewhat to the Space Race. TV shows such as Star Trek had popularized science fiction as a smart and intelligent genre. 2001: A Space Odyssey showed a realistic view of the future of space travel due mostly to Stanley Kubrick liaising with NASA during pre-production. The problem was, now that what seemed to be fantastical had become a reality, so where was the genre of science fiction to go now?

In the years that followed the Moon Landing, there could be some assumption that films about space travel or the Moon had been produced, but there weren’t. Science fiction took a more Earth-bound setting for the next several years such as Planet of the Apes sequels and dystopian films, which drew favor over films about space travel. The next major film to be released that involved space travel would be Silent Running,but that was not a film about exploration, it was more about the environment. The first film to really explore anything related to the Moon Landing was Capricorn One in 1977.

Capricorn One was the story of a manned mission to Mars and the astronauts discovering that the whole thing is being faked. It played on the conspiracy theory that the 1969 Moon Landing and all subsequent lunar landings had been faked. This conspiracy theory is one of the most popular and well known in the world. The origins of it stem from a 1976 self-published book by Bill Kaysing who claims that the chance of successfully landing on the moon was 0.0017%. Capricorn One played on this conspiracy theory, taking it to a further degree and exploring what would happen if it was fake and the unmanned spacecraft did not make it back to Earth. What would they do about the Astronauts? It’s a taut thriller and I highly recommend it to anyone who hasn’t seen it.

1977 saw the release of another popular science fiction film, Star Wars, and it alone caused a resurgence in the science fiction genre. It’s a strange thing that our own achievements in space travel were not enough to entice film makers to look to the stars, but one highly successful film was enough to create a huge sci-fi reawakening. That is not to gripe Star Wars in any shape or form. After Star Wars, people wanted a space-based science fiction film to be released, and Paramount greenlit a Star Trek feature. Alien got the go ahead off the back of Star Wars’ success and numerous low budget space-based B-movies cropped up.

The 1980s saw more space-based science fiction films with two further Star Wars films and four Star Trek films, alongside other films such as 2010: The Year We Made Contact. However, science fiction was still Earth bound for the most part with films such as ET: The Extra-Terrestrial and The Terminator drawing in the audiences. I think the major reason for this was cost; the visual effects required to shoot a space-based film cost money and at the time the effects needed were very expensive. We had seen the real thing, so we expected more realism from films because of it. Believable space craft sets and motion control models are not cheap. Whilst big blockbusters like the Star Wars and Star Trek films do bring in audiences, other films that are not tied to existing properties are a risk and for space-based science fiction, it’s an expensive risk.

When I first conceived the idea for this article, I thought I would find a lot of space-based science fiction being released after the Moon Landing, but looking at it now it appears that after the Moon Landing interest in Space seemed to have disappeared. We had conquered the stars, we had landed a man on the moon, so there was no mystery there. One of the most celebrated space-based science fiction films of all time, 2001: A Space Odyssey, came out one year before the Moon Landing and it was really the last film until Star Wars that really took us to the stars.

In recent years there has been talk of a possible manned mission to Mars as well as an uptick in space-based science fiction. TV series such as The Expanse have been popular and films such as The Martian have been hits at the box office. This renewed interest in Mars and the popularity of more realistic portrayals of space travel in film and TV may be coincidental, however there may be a correlation. Whilst the genre to beat at the box office is currently the Superhero genre there are still solid science fiction films that are finding an audience, in particular the more realistic and grounded science fiction films.

So, whilst the Moon Landing did not excite the imaginations of film makers into making more space-based science fiction, it did open the door to other science fiction sub-genres such as the Conspiracy film. To this day there are still people who believe that the Moon Landings were faked, and fiction is still referencing the conspiracy theory. With the 50th anniversary of mankind’s first step into the solar system, it’s interesting to look at how that one event has changed our world. Film may not have been directly influenced at the time, but since then, the Moon Landings have definitely affected and inspired film makers.