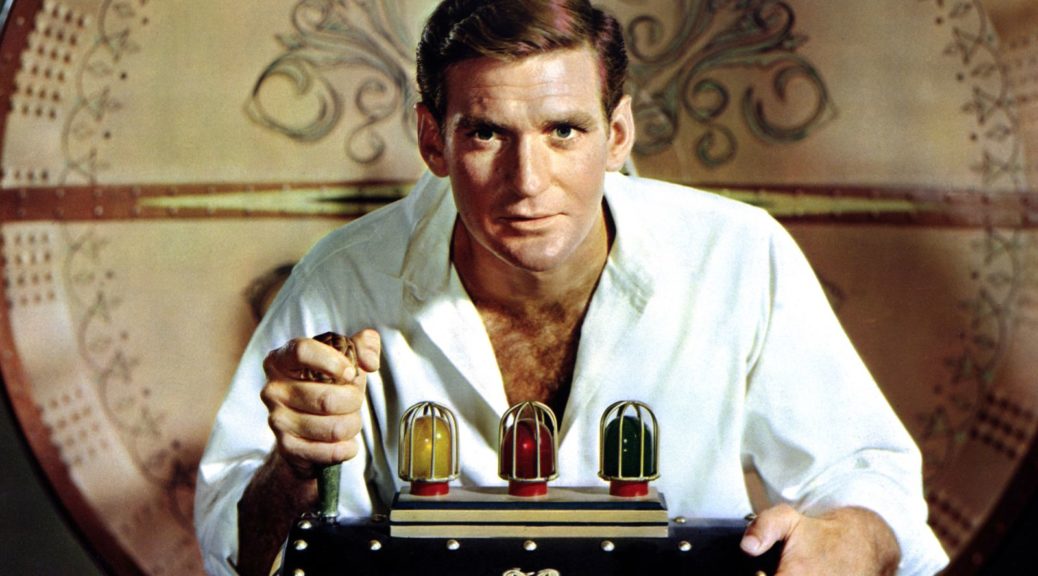 Before I continue, I will preface this with the fact that I am not a physicist, nor have I had any formal education in temporal mechanics, so if my science is off then I apologize. I have done my best to maintain the accuracy of the information presented here in terms of the science.

The Grandfather Paradox. This theory is based around one singular timeline that would be altered by external manipulation from someone from the future. In laymen terms, the Grandfather Paradox is named for the idea that if you travel back in time and murder your grandfather, you are then never born so there is nobody to go back in time and murder your grandfather. He then isn’t murdered, you are born again, you go back in time and murder him, but without your birth there is nobody to go back and murder your grandfather, and so on and so forth. This cycle would continue unending and could cause the fabric of space and time to unravel. Back to the Future uses this theory because we see that Marty is ceasing to exist because his parents aren’t going to have their first kiss and fall in love. In the context of the film, if that would have happened and Marty had not been born, then he could not have traveled back in time and interfered with his parents first meeting. They would have met and fallen in love, Marty would have existed… and so on. Grandfather Paradoxes are based around the creation of loops in time that cannot be resolved.

The Grandfather Paradox does not just refer to killing a certain person that ends with the time traveler being unable to travel back in time- it can also refer to making changes that would affect the future to such an extent that the time traveler is unable to travel back in time. Something that continues to be explored is the notion of going back in time and killing Hitler before he rises to power. How this would affect the timeline is certainly an interesting plot device, however, any such change in the time stream could cause huge ripples in the timeline and that may cause another paradox that would tear apart the fabric of space and time. This particular paradox uses the theory that had such a prominent historical figure been erased, how would the time traveler know to go back and remove that historical figure?

The Parallel Timeline theory states that because the flow of time has been interfered with, the actual action of the time travel creates a split in the timeline which causes the two timelines to run parallel with each other. The original timeline still exists where the time traveler would go back in time, however everything from the point of arrival going forward exists in a separate timeline. In The Terminator, John Connor sends Kyle Reese back in time to protect his mother, Sarah Connor, from a Terminator that has been sent back to kill her. Whilst there, Kyle fathers a child with Sarah -John Connor. In the sequel, Sarah and John stop Judgement Day from happening – which would create a Grandfather Paradox as the time machine that sent Kyle back in time with all the information about Judgement Day would not exist anymore. One theory that explains this is that there are actually two parallel timelines running concurrently due to the interruption of the time stream. In the first timeline, John Connor is fathered by someone else, potentially the man who cancels on Sarah at the last minute. No Terminator arrives trying to kill her and Judgement Day happens as predicted on August 29th 1997. The war against the machines is fought and ends in 2029, a Terminator and Kyle Reese are sent back in time to 1984. The point in which both Kyle and the Terminator arrive is where a parallel timeline is created. In this timeline Kyle is the father of John and with the knowledge she gains from Kyle about Judgement Day Sarah is able to destroy Skynet before it is created.

Parallel Universes are theorized to explain infinite possibilities. The event of traveling back into time could potentially cause a fracture point where a new timeline forms-which would allow changes in the timeline to go forward with no consequences because the time travelers have not only traveled across time, but across the universal plain. The Parallel Universe theory is also used to narrate “What if?” scenarios. The Man in the High Castle portrays one of these Parallel Universes as it shows a universe in which the Nazis won World War II. However, this is moving slightly off the topic of time travel.

As a quick side note, Chaos Theory represents the notion of random chance. There are many answers to popular questions like “What would you do if you could go back in time?” One typical response being: “Win the lottery.” Whilst a time traveler could go back in time with knowledge of the future, play the stock market and gamble on sports to amass a fortune; with Chaos Theory, taking the winning lottery numbers back in time would not necessarily result in winning the lottery. The numbers are picked completely at random and even minor changes as a result of your time travel could affect the numbers that are drawn. That is-unless we live in a predetermined universe where everything has been planned out and we are just following an already written narrative. However, that begins to raise a number of questions about the nature of free will and again diverges from the subject of time travel.

Realistically, backward travel in time could not be possible as it would be hard to stop the flow of time, however it is theorized that forward travel in time is possible. This theory pertains the notion that the faster your relative velocity, the greater your time dilation would be. It is theorized that if you were able to build a spacecraft that could break the light barrier and orbit the earth at the speed of light, your time dilation would be greater and time would travel much quicker outside the spacecraft- so you could, in essence, travel forward in time.

There are theories that support the notion of a Predetermined Universe. A Predestination Paradox, for example, relates to the belief that when a time traveler goes back or forward in time, they were meant to do so. These theories stem from the Causal Loop theory. Causal Loops operate on the idea that interference from the future causes the event it interferes with. The simplest explanation of this can be described using a pool ball. You hit a red pool ball in a straight line and another red ball appears from nowhere (the time hole) behind it and strikes the original red pool ball, changing its direction. The original red ball then enters a time hole which sends it back to the point in which the 2nd ball first appeared. The event of the ball going back in time was actually caused by its future self being sent back and creating this causal loop. This raises the questions: was the ball meant to travel into the time hole as itself? Is the ball traveling back in time the cause of it traveling in time in the first place?

As it’s probably becoming quite clear, time travel is a tricky subject to attempt to explain. There are lots of loops and enough paradoxes and theories out there that would make your head spin. I know-because my head is still spinning from reading about them. I hope that this article has given you some more understanding on the subject and if you have a better grasp of these concepts than I, please comment on the article. I would love to start a dialogue and hopefully gain further understanding of them myself.