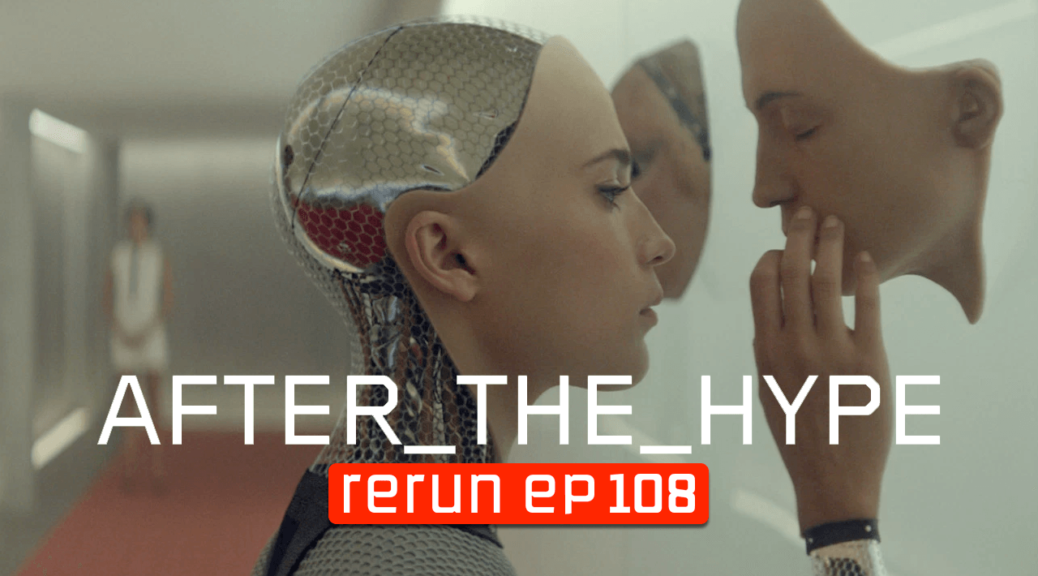 This week we’re going back to an earlier episode for one of Bryan’s favorite movies – Ex Machina. The gang is all here, with Sam making another guest appearance (before she became a regular on the show). It’s a great discussion about an awesome, thought-provoking film, and if you missed it the first time now is your chance to hear what we had to say about it.If you haven’t seen the film by now…what are you waiting for? Go. See. Now!

REVIEW SYSTEM – “MOVIES WITH ROBOTS IN THEM”

Listen to the episode to find out what we come up with!