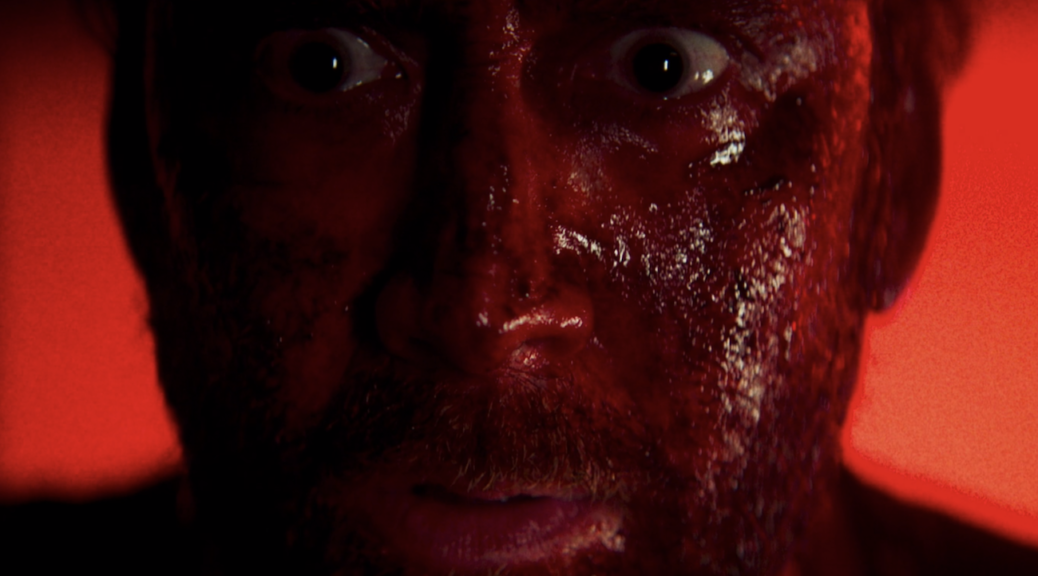 In the right macabre hands, body horror is a crucial tool in the storytellers arsenal for leaving truly lasting impressions on an audience.

It’s Halloween! That magical season birthed in a stew of ancient pagan and synchronized early Christian festivals that really came unto its own once the broiling American melting pot got a hold of it. Endless debates will rage about its true origin, but everyone can concede that it’s meant to celebrate the coming of harvest, to venerate the dead we’ve lost, and to maybe scare away some evil spirits just for good measure. Most folks will dress up, party, and hand out candy, but in those odd years when All Hallow’s Eve falls on a school night, most of us will be happy to celebrate at home in our PJs with a good scary movie (or TV show /“limited series”/Webisode/Twitch feed…whatever the kids are doing these days).

The question that many of us get when our friends and loved ones come to us seeking a recommendation for a celebratory spook is “I like scary things…but is it GORY!?!” which is usually followed by “I just can’t handle the blood and guts.” This is a fair observation given the odd, imperiled nature of the world at the moment, but I feel like it’s often used to relegate body horror to the realms of cheap thrills and D- movie schlockfests. In the right macabre hands, body horror is a crucial tool in the storytellers arsenal for leaving truly lasting impressions on an audience. I see body horror functioning in two distinct ways: Destruction of the Body and Corruption of the Body. Let’s dissect them, shall we?

SPOILER WARNING: This article is literally about the gory details, so be warned…minor spoilers ahead for as wide variety of films from the last 50 years or so.

DESTRUCTION OF THE BODY

Ki-Ki-Ki-Ki…Ma-Ma-Ma-MA. Heavy footsteps echo down the hallways of an mostly deserted {insert of building here}. A usually bright-eyed viral teenage {insert multi-ethnic non-gender-specific protagonist here} cowers in some manner of closet regretting all of the night’s debaucherous life choices. Suddenly, a {insert some manner of devilish work implement definitely not intended for this purpose} crashes through the door and subsequently the head of said young teen. We all gasp and cover our eyes while subconsciously mourning the quintessential despair at seeing a young life cut short. Depending on how long the camera lingers on the severed head, this is most people’s understanding of body horror. 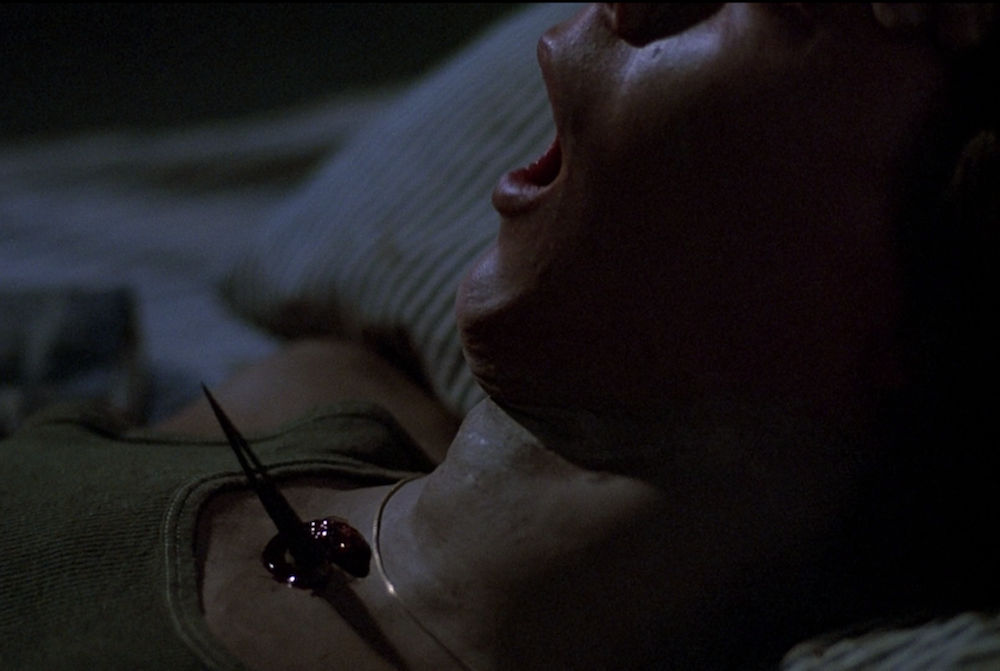 Destruction of the Body stories derive their narrative focus from a group of protagonists struggling to survive from some force, be it monster, serial killer, earthquake or Sharknado, that seeks to do them physical harm. Usually, things don’t go so well and a majority of their number meet a wide variety of ghastly ends before ultimately overcoming the force, or at the very least surviving the night. This is obviously the domain of the Slasher genre, but just as easily applies to disaster movies like Jurassic Park or anything by Roland Emmerich. Just off screen in any hundred million dollar disaster-thon are millions of people being crushed, smushed, severed, and suffocated in ways and at volumes that would make Jason Voorhees blush under his mask.

Functionally, these movies are about facing our fear of death and injury. If we really thought about it the miracle that carbon-based life has managed to exist this long in a universe almost entirely unfit for it is a staggering statistical anomaly. The sheer number of conditions, implements, animals, and people that could, if they desired, end our short fragile lives at any given second is unfathomable. Yet most of us walk around day to day, never directly facing the subconscious fear that our bodies fight or flight responses have running deep at the core of our beings. Vicariously, these movies let us personify all these fears as a seven foot undead maniac, remind ourselves that an axe to the face is generally a bad idea, and give us all a little hope that at least temporarily, the sun will come up, the cops will arrive, and we’ll live to see another day.

Destruction of the Body Recommendation: Any of the FINAL DESTINATION series. Who needs a masked killer when most of us have a garbage disposal in our house? Look past the early CG effects and early 2000’s acting and relish in the banality of the sheer number of things that could kill you given the right motivations.

REVENGE OF DESTRUCTION OF THE BODY

A brief digression is in order to address a mainstay of the cinematic splatterfest, the Revenge genre. I see these movies as functioning almost as a direct inverse of the Destruction of the Body story. Our hero, usually singular, is grievously injured either personally or vicariously through the harm of those nearest to them (Hello Modern Cinema, Is Your Refrigerator running?) by a band of nefarious evil doers. The protagonist must then through strength of will, and usually a montage of creating inventive weaponry from household items, set about dispatching those who wronged them in spectacular, vicious fashion.

The narrative drive of these stories is still about destruction of the body, but in this instance instead of fearing it, it is venerated as a symbol of holy primordial Old Testament justice. From THE LAST HOUSE ON THE LEFT to KILL BILL to HOME ALONE (yeah, I went there) these movies encourage the audience to cheer along with the protagonist as they use whatever old decorative bear trap, shotgun- shell-taped-to-a-hammer, or ergonomically unsound hand-forged axe to get their JUSTICE by whatever means necessary. The audience cringes as Marv grabs the door knob, but takes a certain giddy delight at his yelps of pain and the sound of his hand searing. 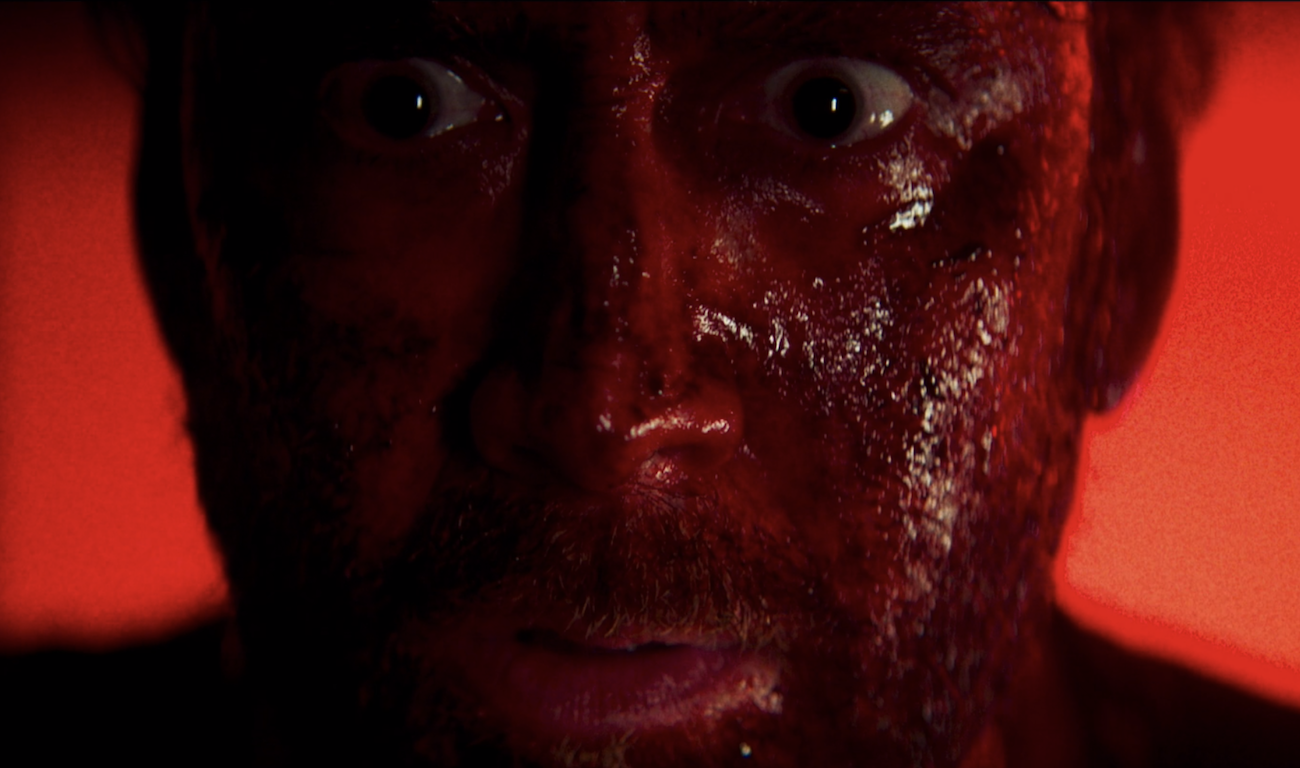 It is here, dear reader, that the author must admit a bit of his own squishiness before continuing. While I certainly relish in these stories from time to time, I find that their frequent insistence on rape and sexual assault as a cheap narrative devise wildly off-putting and in some ways archaic. There are certainly stories to be told in this genre, but I think there are better ways to go about it.

Revenge of Destruction Of The Body Recommendation: MANDY. Sure, why not…all the kids are doing it. While I found it a little self-absorbed, it is no doubt a new classic in this genre. MANDY merrily stomps through all the classic tropes of the genre in fresh ways until it finds it’s LSD-maddened hero transformed literally into a Frazetta caricature of an epic hero, chainsaw in hand.

CORRUPTION OF THE BODY

“This isn’t my face” a young nurse named Beverly says, scissors in hand, as she casually begins slicing off her cheeks. “It’s not me…can you help me…” she says before being shot down by a young cop who moments before she considered a friend. These moments early in the phenomenal low-budget masterpiece THE VOID, are the start of a transformation both of Beverly, but also the elevation of body horror into my favorite form: Corruption of the Body. 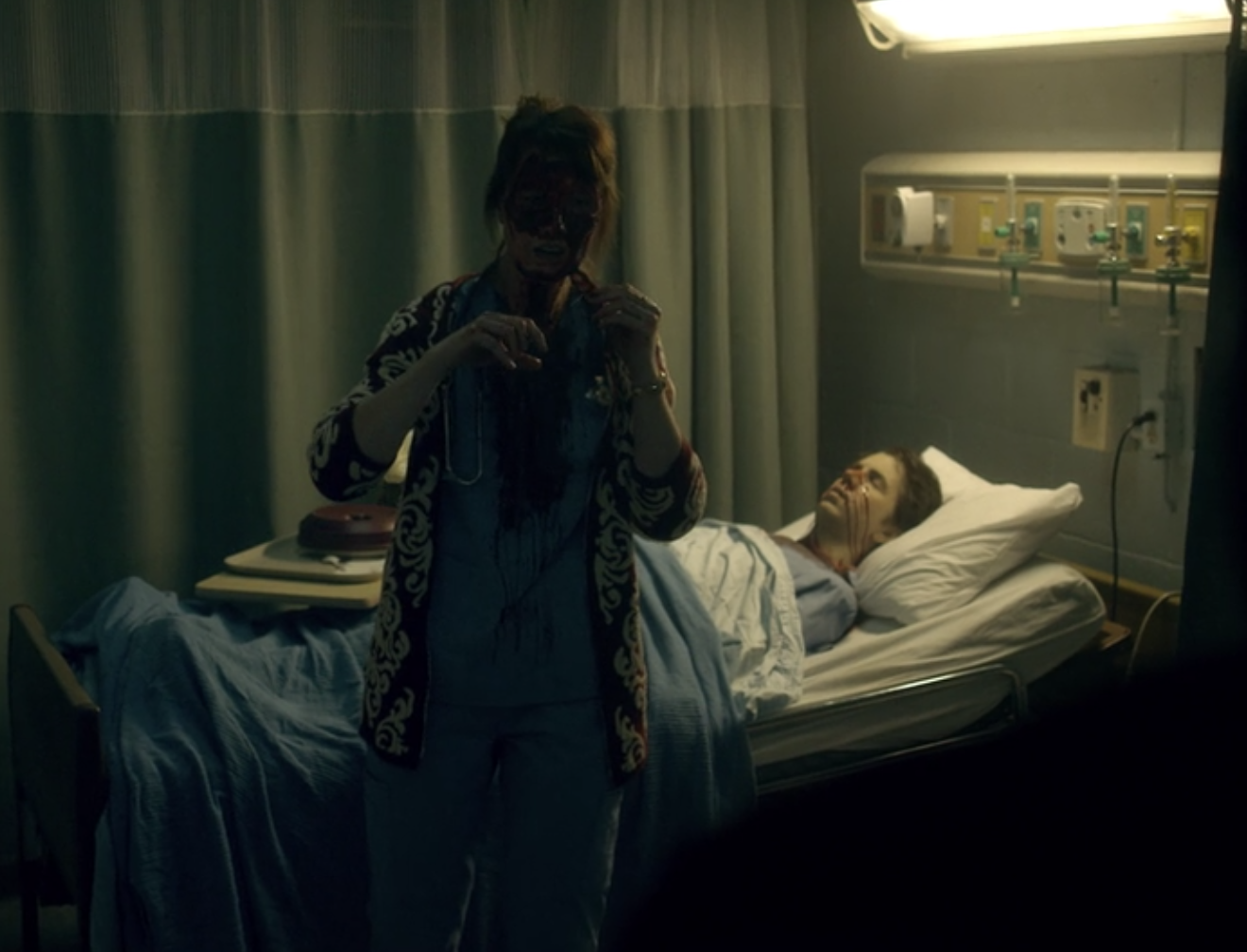 While Destruction of the Body seeks to help us to reconcile the vast number of earthly things that could do us harm, Corruption of the Body sees untold threats in that which we do not fully understand. This is the realm of the supernatural and existential…of threats not only to our meat, but to the very idea of what that meat might represent on a cosmic scale. From birth, the only concrete truth we can perceive are our bodies and our conscious existence within them in a physical world. When forces outside our normal perception break or subvert these fundamental laws, we are left unmoored from reality itself. In these stories a protagonist or group of protagonists are forced to reconcile that some part of their understanding of the universe is not as they had previously understood it. The great unanswerable questions of humanity are warped and personified to delve deep into the most fundamental questions of personhood. This process often sees the bodies of one or all of the protagonists twisted and transformed into some wholly new entity that forces them to question some understanding of their reality: flesh mutates and evolves; the dead returns to life; or consciousness remains long after a physical body is destroyed.

This is the realm of Angles and Demons, but also to Elder Cosmic Entities that would laugh at the notion of dualistic morality. These are our first stories but also can be continuously retold because there are certain questions for which we have yet to find significant answers. It’s also the realm which has birthed some of the most inventive and lasting body horror visuals in cinematic history.

Artists have long struggled to quantify the horror of the unknown corrupting the physical world. H.P. Lovecraft is often lovingly criticized for his frequent usage of words like “indescribable,” “shapeless”, “Non-Euclidean,” “unspeakable” and “unknownable” in his writings to describe his cosmic horrors. Visual artists like Gustav Dore and Hieronymus Bosch spent their lives trying to capture and conceive of what the storied hells of Christianity could actually look like. Modern filmmakers have an astounding array of visual tools in which to explore these realms and body horror can create some of the most evocative.

THE EXORCIST expertly utilizes body horror to clarify the line between psychiatric illness and true demonic possession. Reagan’s initial actions, vulgarity and public urination, could be dismissed away as acts of an unwell mind. By the time her head iconically spins well passed the restraints of the human body and she unleashes an unnatural amount of vomit, we know that she in well and truly in the possession of something unholy.

Sometimes a terrifying visual helps to more fully realize the intent of conceptual horror. Under the helm of some truly visionary directors using new special effects techniques, the drive-in classics of the 1950’s – THE THING (FROM ANOTHER WORLD), THE FLY, and THE BLOB were given spectacular new life in the 1980’s. Whereas remakes are often derided as commercial rehashing of the previous generations successes without significant expansion or improvement upon the original, each film took the concepts of the original film but added body horror visuals to augment the storytelling. Mentions of THE THING immediately conjure images of flailing tentacles and transforming flesh. THE FLY calls to mind scenes of Jeff Goldblum slowly pulling off his fingernails, thrilled and horrified by his metamorphosis.

Through these tales of corruption and perversion of our bodies and the physical world, we can safely explore the metaphysical uncertainties that fascinate us.

Corruption of The Body Recommendation: ANNIHILATION. One of my favorite movies of the year that perfectly marries questions about the nature of existence with absolutely gorgeous and horrifying visuals. Once you watch it, you can listen to me discuss it with the After The Hype family here.

A gruesome Halloween to you. May the harvest of bodies in front of you reveal the secret fears, righteous desires, and existential quandaries within us all.

Member of the Director’s Guild of America. Seeker of Eldritch Truth. Roller of Dice. Collector of Weird Taxidermy.

We Should All Be Like Horror Fans | After The Hype

[…] jump scares or dread, or the way horror often directly challenges our taboos and sense of decency. Horror fans like to be challenged – and this is where us non-horror fans often jump ship, because we don’t really like to be […]