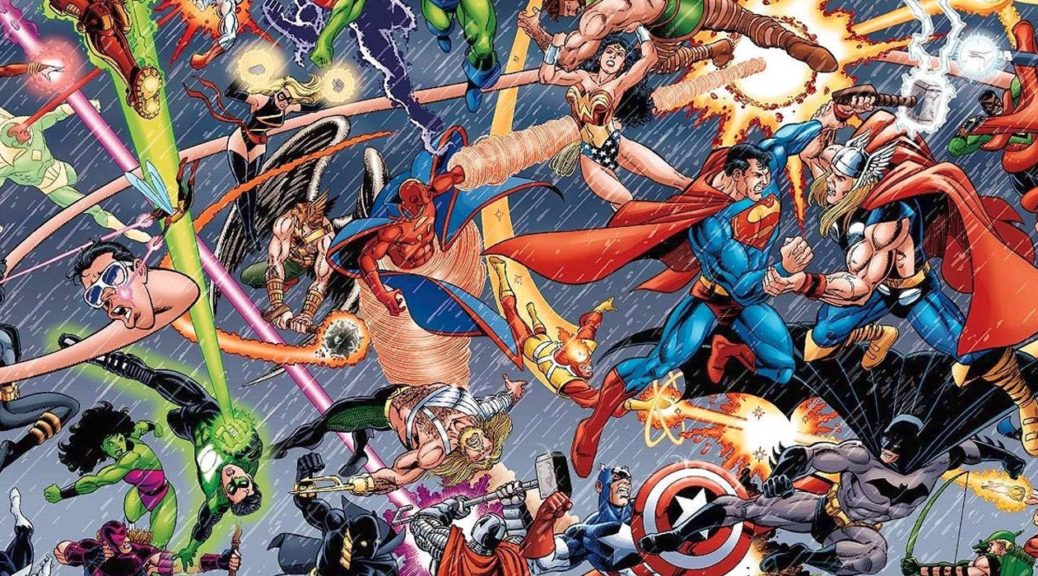 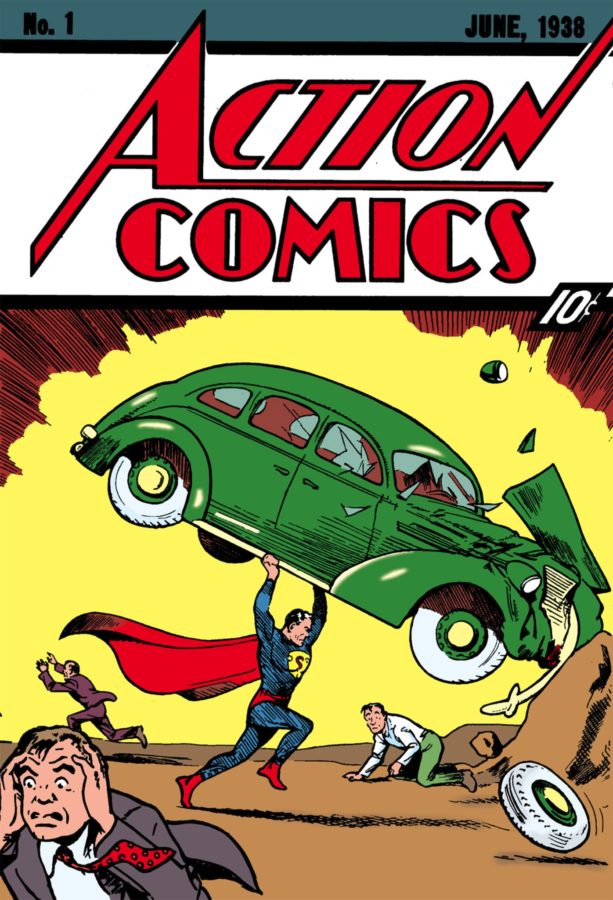 Yup, they sure were.  Founded by Malcolm Wheeler-Nicholson in 1934 under a totally different name, DC was first to plant its flag in the history of comics.  By the time Marvel hit the streets in 1939, both Superman and Batman were out there fighting crime in their brightly colored Underoos.  And although Marvel had some great stuff back in the day, they were mostly chasing DC up until the Superhero phase started to dwindle and sputter out… until yet again… DC struck first and revived the super hero world with the the Flash: Enter The Silver Age of comics.

And this is where the whole “who is first” argument falls to pieces. Sure, DC might have been first to the revival party, but Marvel defined it. Stan Lee and Jack Kirby were the first to truly set the comic book world on fire by going for wider audiences with the classic Fantastic Four.  Then just look at some of their silver age characters, Spider man, X-Men, Hulk, Iron Man, Daredevil, Black Panther – the list goes on and on! I’m not saying the DC silver age was bad, but come on! Marvel couldn’t miss! For the most part… 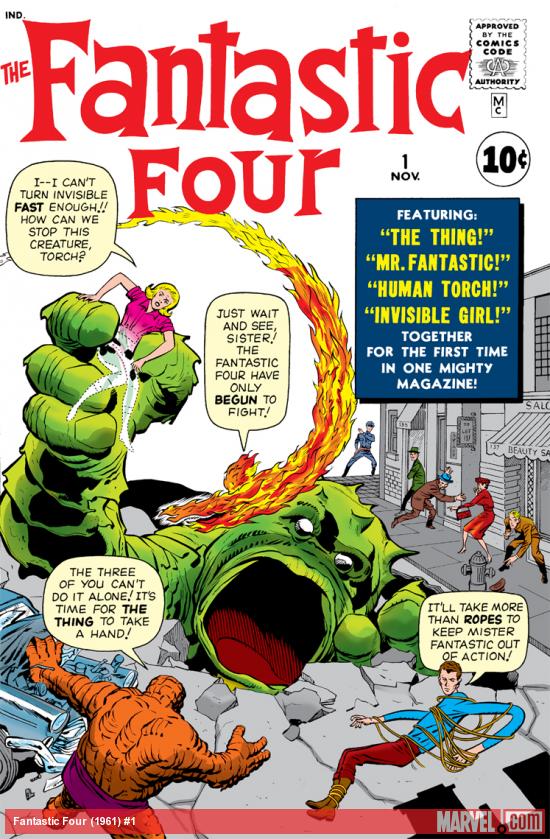 They set their super heroes in our world, a plan that the current MCU mimics to outstanding success.  So that brings me to the question… Does it even matter who was first? To some extent sure, without DC the whole party never happens.  Points to DC there, but without Marvel redesigning the whole way we read comics, the party would have ended back in the ’60s, so Marvel can take those points back.  Without both of them pushing each other forward they would have stagnated and, well eventually they both kind of did for a while, but that happens every few years or so… cough… cough… New 52.  Cough Cough… Marvel Legacy… 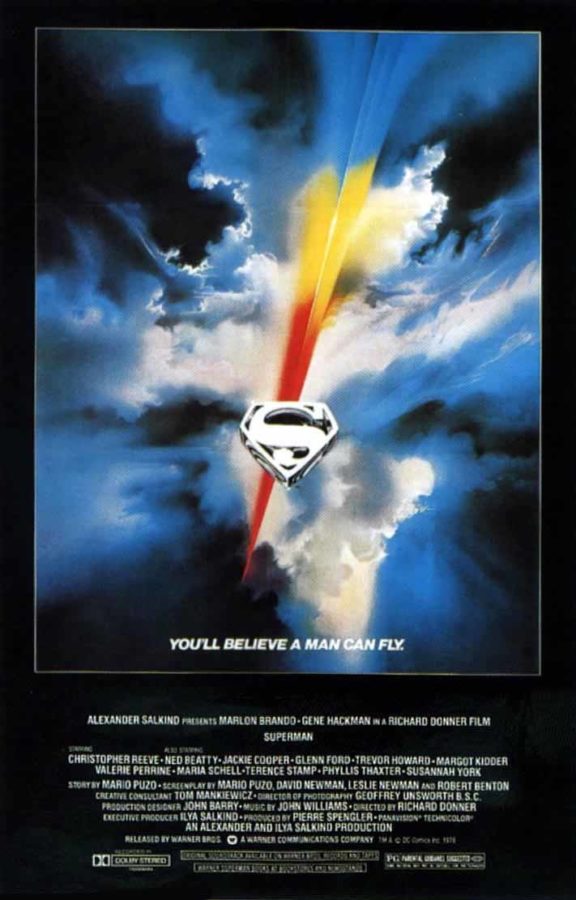 Superhero movies really took off with Superman back in 1978.  Marvel joined the party in 1986 with… Howard the Duck? Odd choice.  Since then DC has released roughly 25 movies, depending on how you define a DC comic movie.  Is Steel really a DC movie? I don’t think so. Marvel has released roughly 52 movies. Again this is counting Big Hero Six, technically a Marvel property, though the movie isn’t exactly a great representation of the book.

When you average all the reviews from both publishers (via Metacritic MARVEL DC) suddenly the gap doesn’t seem so drastic. Marvel averages out at a score of 58, and DC at 55. I’m not blind, Marvel has a win there… but do they really?  When you go by what Metacritic considers “great” a score of 70 or higher, only 25% of Marvel’s movies are great, by comparison… 28% of DC’s are great. Looks like DC just got those 3 points back..

Then you can bring up academy awards. As of this article only Spider Man 2 and Big Hero Six has won Marvel Oscars, and I’ve already stated my feelings on that BH6.  Yet they have been nominated 15 times. Where as DC movies Superman, Batman, The Dark Knight, and… uh… Suicide Squad have all brought home statues and been nominated a total of 19 times!

So here we go again: Marvel may be crushing 2-3 times a year at the theaters, but are they really the better films? Sure right now they are, but these things are fluid, and it could change at any time, or they wouldn’t be so damn close in all of the races. I’m of course not counting the DC Animated movies VS Marvel’s animated movies, I think we all can agree DC has a HUGE freaking lead there.

WHO IS BETTER TO THEIR FANS

I’ve been playing a pretty hard numbers game so far, and this is where that all falls apart.  The question of who is better to their fans all really depends on how their fans feel about how they are being treated.  I will have to dig into my personal feelings on this one to come up with my point of view. I’ll start with Marvel.

Years ago I was a die hard X-Men fan and was attending a comic con – not sure if it was Wonder Con or C2E2 – but it was something like that.  My wife and I lined up for the X-Men panel, we were so excited to see our favorite writers and and artists talk about our favorite books. The Panel was… okay?  I guess? They spent no time talking about their current run. They showed some art, talked about some side stories, then spent about 30 minutes boasting about their AWFUL book, Curse of the Mutants.  This went over like a led balloon. Oh… Great… Vampire mutants? 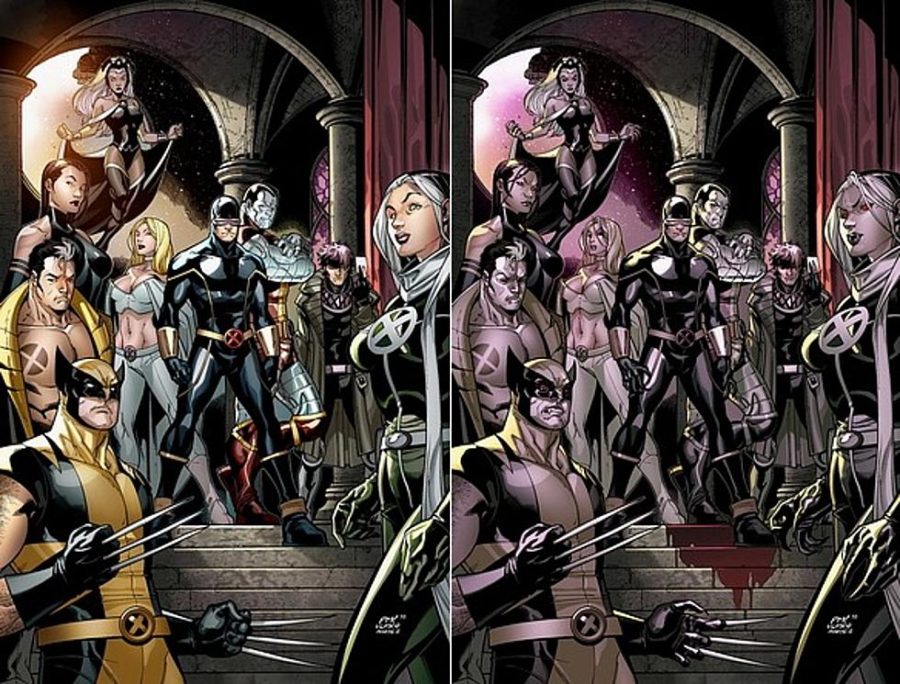 And then the Q and A started. One by one super fans lined up to ask questions and one by one, they were made fun of, told they were wrong, and blatantly laughed at.  These were people who loved this book, and couldn’t wait to ask these questions, and the panelists never even tried to answer them. Sure there was a troll or two, that’s impossible to avoid at a con, but for the most part, they were just fans.  I’ve never seen a panel have such disdain for its audience. Maybe they were annoyed that we had no interest in their stupid new book? Maybe they were just a gang of pricks. But either way, I stopped reading their book.

MARVEL IS THE BEST!

I know I just got done saying how even keel the movie franchises are, but man the MCU knows how to please their crowds.  With the introduction of Marvel Studios 10 years ago, Marvel took the reigns of their own movies and started to kick ass. Gone of the days of dancing Spider men, and evil Galactus clouds.  Since the first Iron Man, Marvel has been gifting us 1-3 movies a year that always, at the bare minimum, provide sheer entertainment. Even their lesser offerings are still better than any of their stinkers pre-MCU.  They know what their fans want, and they provide it again and again. Well… with the exception of the female led movies. Twenty movies in and not a single female character gets her own movie? Really? It’s great that we have Captain Marvel around the corner, but still… twenty movies?

Keeping up with comics is a total pain in the ass.  Jumping in the pool of comics is daunting and scary and no new person in their right mind would even attempt this.  BUT so many people are already in the pool! Do you as a company want to throw a comically large hair dryer in that pool?  You do? Cool. Welcome to the New 52. After the comic event Flashpoint (which is admittedly awesome) the whole of the DC universe was essentially rebooted.  Gone were the long standing relationships, the children, and some entire characters. The old Wally West was entirely rewritten as a younger Kid Flash. Superman is now attempting to date Wonder Woman…?  Why?

To make matters worse, not all the characters had a full reboot! Batgirl still remembers being shot and brutalized by the Joker but she is still Batgirl, not Oracle. All four of the Green Lanterns are still alive and kicking as Green Lanterns. But Wonder Woman’s origin is completely different?  Tim Drake was never a Robin? By trying to make their books more approachable, they made them more confusing, and even more so unapproachable. Not all of the New 52 was garbage, Scott Snyder’s Batman was the thing of Bat dreams. But on the whole, its a solid 5 years of skippable comics.

DC IS THE BEST 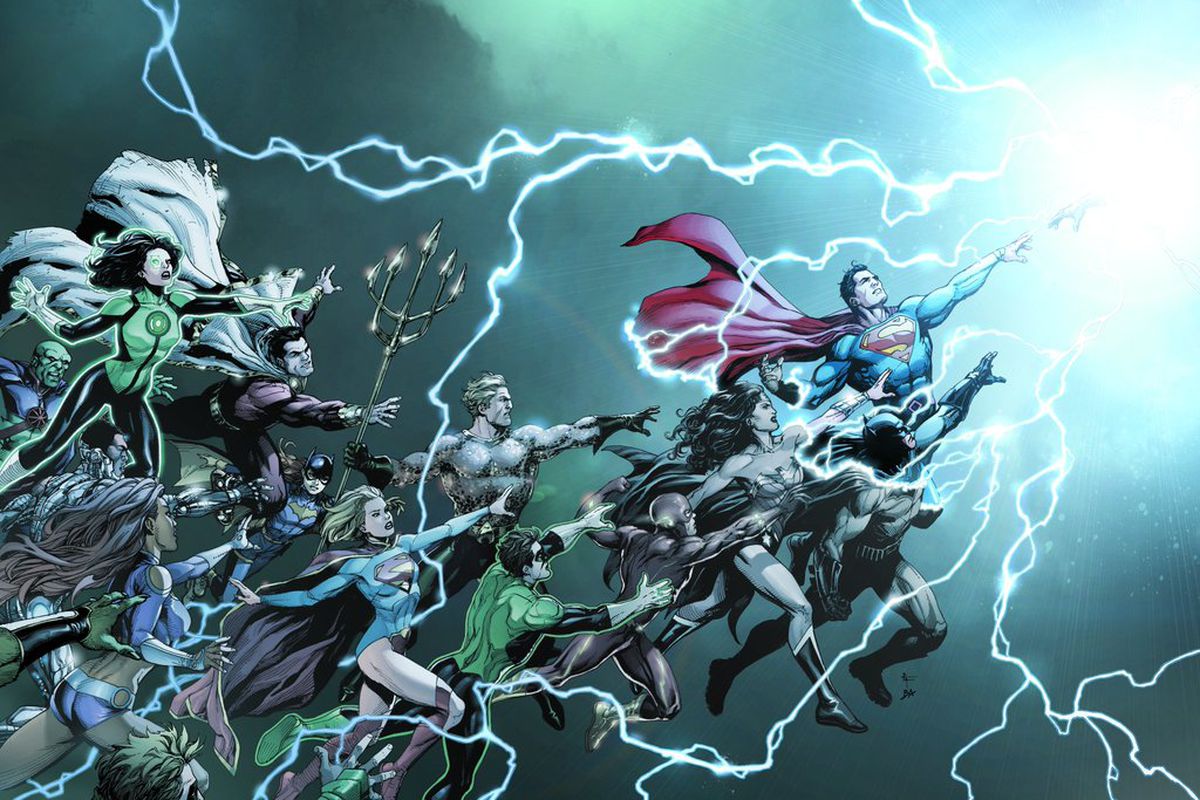 You hate everything that we are doing?  You miss everything that you had been fans of for your entire comic book reading lives?  We hear you! Welcome to Rebirth. DC Rebirth both the event, and the stand alone issue, did more to get people reading their books than anything I’ve seen.  Including Death of Superman. On top of rewriting their universe to keep in the few good things that New 52 did right, and bringing in all the things we loved from the past, DC dropped the cost of their books to $2.99.  Not done yet, they then offered to buy back any book that comic book store was unable to sell in order to make sure that the shelves were always stocked and fans got the books they wanted to read. This was a bold move and revitalized the entire brand in way that got people reading, and has kept them reading.  This move worked so well that Marvel tried to copy it later with Marvel Legacy… blech. These books have been going strong now for a little over 2 years and with the exception of the marriage not marriage of Batman, the fans have never been happier. 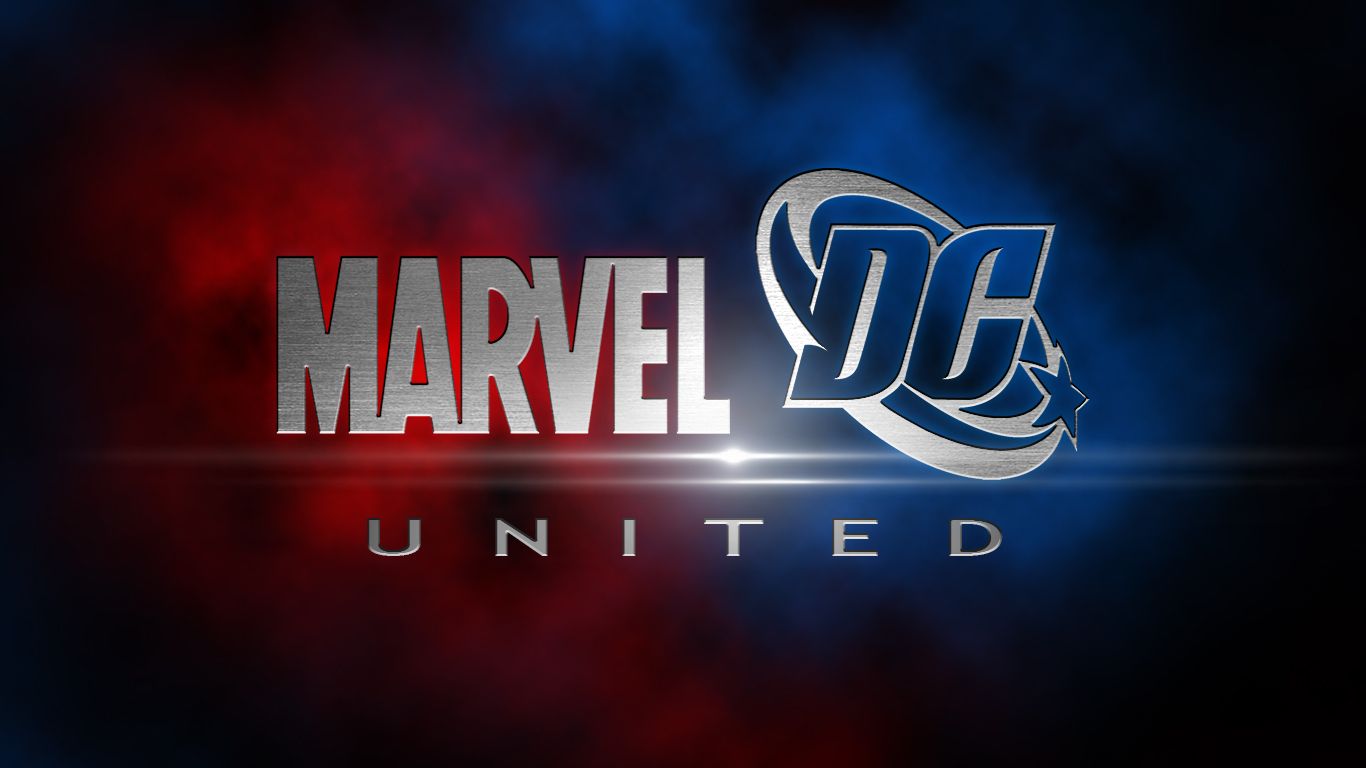 The old line is this, “DC is Gods trying to be humans, and Marvel is humans trying to be Gods.”  This isn’t a hard and fast rule, no one thinks Green Arrow is a god, and Adam Warlock is far from human, but on a large scope this works.  In my mind, these are two sides to the very same coin. It all comes down to preference. When I was younger, I made my Mom, a life long Coke-a-cola drinker, take the Pepsi challenge.  She chose Pepsi, just like in the commercials! So I asked if we would be buying Pepsi from now on? No, she liked Coke. You can enjoy both things and still have a preference. It’s when you start declaring one better than the other that we start losing our minds.  Go ahead and enjoy your Marvel books while I enjoy my DC. But every now and then it wouldn’t hurt you to pick up an issue of Batman, and I’ll go grab a Fantastic Four. When you tear down that silly fan hatred wall, your access to the wonderful world of comics only grows. 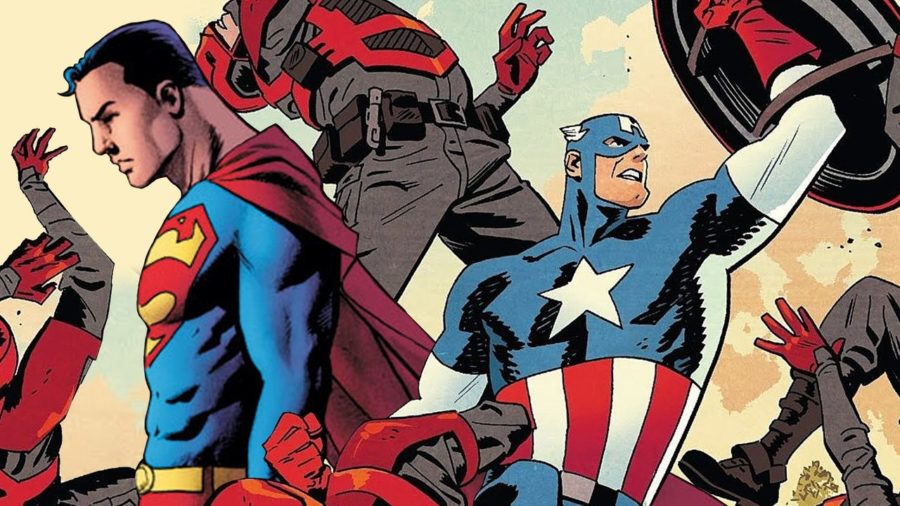