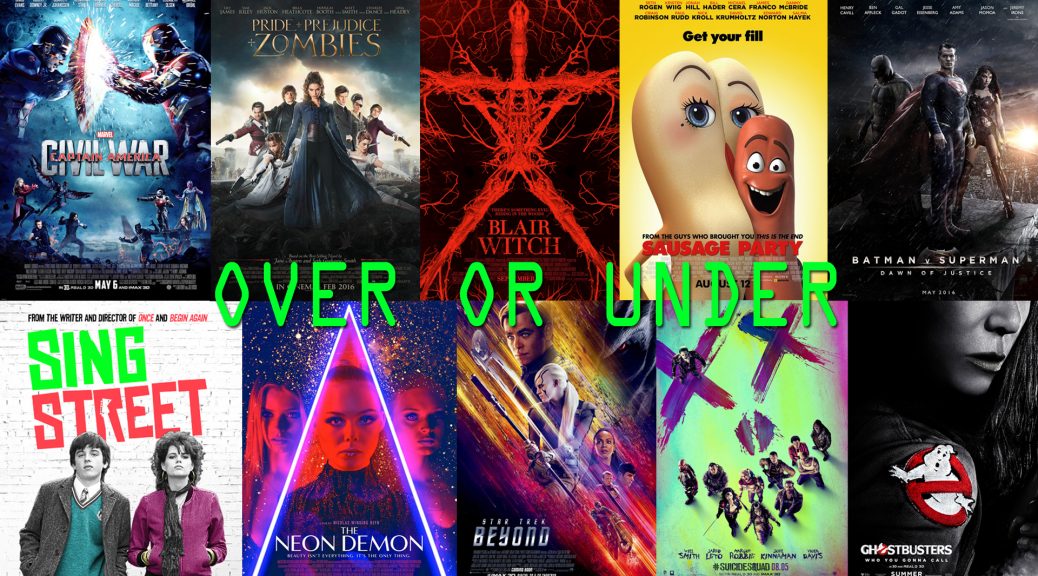 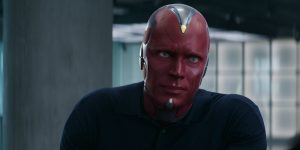 I was very close to giving the top spot to Deadpool.  After a conversation about this with someone at my job I was convinced I was wrong.  Deadpool delivered in every way that Civil War did not.  Civil War is by no stretch a bad film.  In fact when it’s working it’s a shot of adrenaline right in the ass.  When it came out, you’d be hard pressed to not find someone saying it’s the best Marvel movie EvEr!  However, when you break it down, the film doesn’t do what I personally think, every film should do.  Tell a story.

It left me hanging for nearly every emotional beat. The moments it should have knocked out of the park felt forced and had me asking questions, when I should have been entrenched in the story.  Where do they get off giving all the big emotional moments in the Captain America movie to everyone but Captain America!!!  And don’t you dare say, “but Peggy Carter’s death” because it was a weak footnote in a poorly scripted movie.  But hey, I still bought it on bluray and enjoy it for what it is.  A fun ride and a middle of the pack Marvel movie.  (6/10) 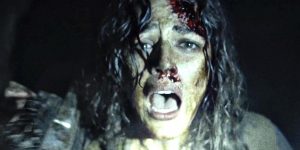 I love horror movies.  Every year I save a spot on my top ten specifically for a horror movie, hell, in 2014 Babadook took the top spot.  2016 had some great horror movies, some got wide praise, The Witch, some became underground sensations, Beyond the Gates. Then there is the throwback dumpster fire of a movie, Blair Witch.  Everywhere I looked, I was told this is the Blair Witch sequel we’ve all been waiting for.  Look up reviews, 81% on Metacritic, 86% on Rotten Tomatoes, renting it you’d assume you’re about to watch a great movie.  Sorry to pop the snot bubble, but this movie stinks.  Terrible acting, unnecessary use of found footage, and an aggressively bland story, led to one of the biggest disappointments of the year.  If this was top 5 worst movies of the year, Blair Witch would unquestionably be number 1.   (1/10) 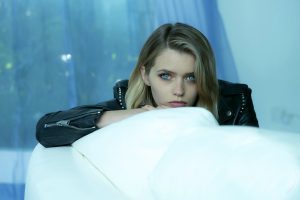 Neon Demon is a movie that defines style over substance, and that’s a recipe for disaster.  Different sources told me I had to see it immediately and to never ever watch it.  Sadly I don’t think it deserves either response.  It’s just… there.  (3/10)

I love animation, and I love Seth Rogen.  This seemed like a no brainer.  The reviews started coming out and people all seemed to be having a great time with it.  Time and time again I heard how funny it was and “just wait for the ending!!”  When I finally saw it, I was bored.  The animation is okay, the jokes are tired and borderline racist… maybe not even borderline…  Why so many people flocked to this movie I’ll never understand.  (2/10) 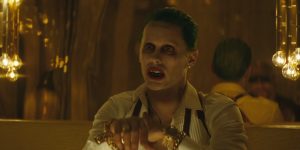 Where oh where to put Suicide Squad?  How can a movie be so overrated and underrated at the same time?  This movie is a mess, an ugly, tattoo filled, meandering slog through the dungeons of DC’s underwear drawer.  That for some batman’s basement level of unsolvable mysteries, I kind of enjoy watching.  Some people really loved it and not just for the Harley slow pans…Maybe.  Flocking to theaters across the country the fans made for a huge $133,682,248 opening weekend!  Then with their over inflated expectations not met, they tried to take down Rotten Tomatoes, blaming the web site for the film’s not-as-good-as-expected returns.  This is why it nabbed the number 5 spot on my list.  While I can enjoy this solid background noise movie, the fact people cared so earnestly for a movie this “meh” is a shock.  (4/10) 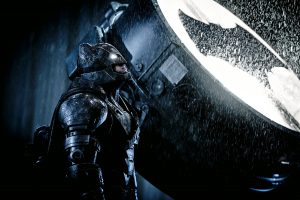 Saying you love Batman V Superman (BVS) in a film loving crowd is like saying you voted for Trump at Bernie Sanders rally.  Tell them the movie is in your top ten of the year, and they are likely to batarang you in throat.   I’ve seen the movie roughly ten times and I just don’t see what people hate about it.  I understand the pacing is a bit off (fixed in the longer cut) and that some story beats just don’t fully make sense (again, later fixed in the longer cut) but this movie just isn’t the end all be all horrible mess people want it to be.

Is it weird to use a comic about the end of Batman’s career as a frame for the beginning of it here?  Yeah… Is it a little early for the Death of Superman? Maybe, maybe not, we will have to see how it plays out in Justice League.   But even with these issues, I still hold that BVS does far more good than bad.  Wonder Woman was amazing, Jeremy Irons’ Alfred was pitch perfect, (maybe better than Michael Caine), and I can even defend Lex Luthor, but I don’t have that much time…  It’s always frustrating to see people make up their minds about a movie long before it comes out, and this one really suffered from that.

I’m not saying it’s perfect, but I really enjoy it.    Seeing Batman, Superman and Wonder Woman fighting together on the big screen is a childhood dream come true.  There is a lot of love that went into this movie and it’s up there on the screen.  Hopefully with time, people will give BVS the second chance it so deserves it.  (7.5/10)

2. Pride and Prejudice and Zombies 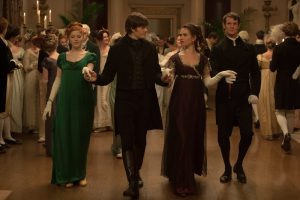 Remember when this came out?  No?  It did I promise.  Check Red box.  Seriously go rent it.  This movie has some issues to be sure.  Could have maybe should have been rated “R.”  Probably could have used another 20 min to flesh out the world and it’s characters.  However, what ended up on screen is a ton of fun.  They do such a good job setting up a fun zombie world that when the movie was over I was annoyed there was so much Pride and Prejudice in it.  On the flip side my wife was annoyed there was so many zombies in her Pride and Prejudice movie.  When push comes to shove, and it does a lot in this movie, the movie just clicks.  I had a ton of fun with this movie and I wholeheartedly recommend it.  Oh and Matt Smith steals the show as Parson Collins. (6/10)

It breaks my heart to have to put this movie on this list.  Sing Street is hands down my favorite movie of the year, and it seems like no one saw it.  It’s gotten some nominations (none for music which is mind-blowing) and it’s streaming on Netflix, so I hope this problem is being fixed.

Sing Street is a joy to watch, and it’s a rare movie that gets better with every viewing.  The cast of mostly first time actors are enjoyable and believable.  The story pulls no punches and has some real heavy moments, packed into what appears to be a light “rock band” movie.  I know my tastes seem questionable to some (see my BVS opinion), but I can’t stress this enough, Sing Street is amazing, and everything I want from a movie. (10/10) 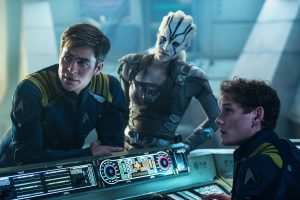 Compared to the rest of the movies on this list I have very little to say about Star Trek Beyond (STB).  I’m not a huge Star Trek fan, but, I’ve always enjoyed what I’ve watched while never seeking it out.  STB is a fun a ride and a great entry in the Star Trek universe.  Giving the reins to Justin Lin was an inspired choice and it paid off fantastically.  Yet, no one really seemed to care about this film and that’s a shame.  It might very well mean the end of the newly established franchise.  That said,  I had a great time and I highly recommend it.  (7/10) 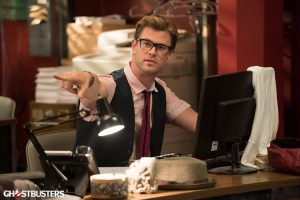 Former Co-Host of After the Hype, Nick, had a theory about movies.  The more fun the cast and crew say they had making the film the worse the film turns out to be.  I think EVERYONE from this movie said it was the most fun they ever had.  Yikes… I’m not going to tell you this is a hidden gem that deserves a second chance.  I’m not even going to tell you it’s any good.  I will say that this movie got raked over the coals a little unjustly.

The story is weak, everyone wants to be Bill Murray, and that theme song is offensive to my very core.  But I’ll be damned if that “fun” they were talking about doesn’t just crackle right off the screen.  I can’t help but smile at Chris Hemsworth trying to figure out a phone, or Kristen Wigg getting splattered with all kinds of goo, and Kate Mckinnon’s bad ass action scene is my second favorite of the year.  This is a movie riddled with problems but in the end, its not terrible,  it’s just fine.  Sadly, it was another case of fans making up their minds before paying their 12 bucks.  As a franchise rehash it could have been so much worse… cough* cough* Independence Day… cough*  (4/10)

All in all I had a blast at the movies in 2016.  I only hated 2 movies, I think that’s a first for me. With all the big movies on the docket for 2017, I could only hope to have half the amount of fun I had this year.  We might not always agree on what’s good or bad, but we can all agree that we love movies.  I can’t wait to see what comes next.

I actually thought I was reading a list by someone who know what the fuck he is talking about.

BvS is one of the most underrated movies of the year, I agree. But if you can’t see all the things wrong with it then you frankly are no where qualified to make this list.

We go over it in our BVS: Extended Cut episode, which you can find with a quick search on the site. It’s less being unable to see what’s wrong with the movie and more of “it’s still enjoyable anyway,” which I can respect. 🙂